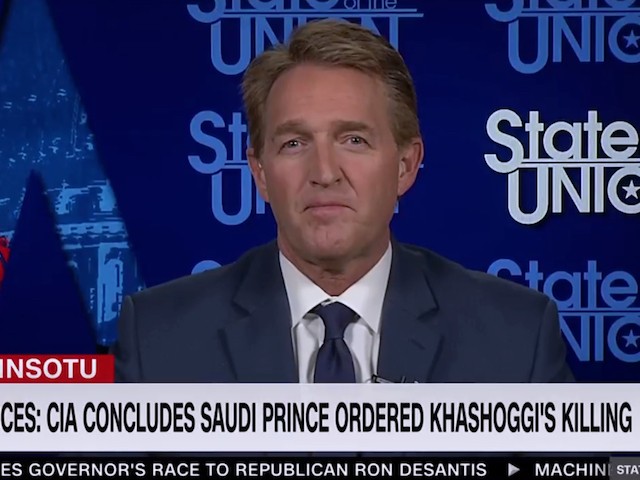 Sunday on CNN’s “State of the Union,” Sen. Jeff Flake (R-AZ) said a Democratic presidential candidate can win Arizona in 2020 after Sen.-elect Kyrsten Sinema (D-AZ) took his Senate seat in the midterms because voters in the suburbs rejected her Republican opponent, Rep. Martha McSally (R-AZ)

TAPPER: For the first time in 30 years Republicans in Arizona, if you look at the exit polls, lost ground among Latinos, male voters, college graduates and suburban voters compared to President Trump’s 2016 performance. Do you think Arizona is winnable for a Democratic presidential candidate in 2020?

FLAKE: It certainly is. Arizona is still nominally a Republican state. We have a voter registration advantage still of 200,000 statewide. But you cannot run as someone who is tied at the hip with the president and win statewide. Voters in Arizona are rejecting that. And I think we’re seeing that elsewhere in the country as well. We’re losing the suburbs. If we had a mass movement from the suburbs, for people to move back to rural areas then perhaps our Republican party would have more of a future but not the way that we’re going now. I’m very concerned about where we are in Arizona and the rest of the country.