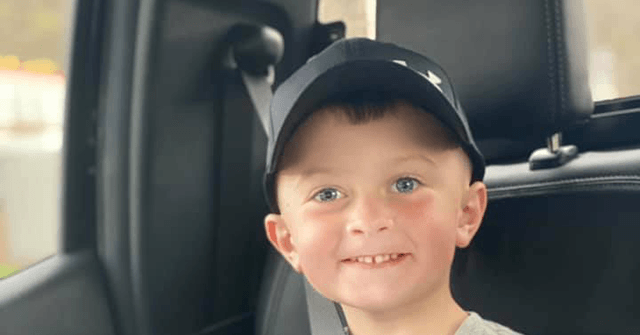 A little boy in Elkview, West Virginia, is being called a hero for his quick thinking when he realized his neighbor was hurt.

Landon Haas is a preschool student who was playing on the swing in his backyard along Jakes Run Road on Tuesday when he heard someone call out, WSAZ reported.

A neighbor in his 70s had fallen down an embankment next to his driveway and tumbled into a creek.

The boy rushed into his house and alerted his mom, Lesley, about the cries for help.

“We walked out, and we heard it again, and he just kept screaming help,” his mom commented. “It had to be tough on a 5-year-old to hear that and witness that.”

Because of her son’s alertness and quick thinking, Lesley was able to notify four family members who came to help the neighbor out of the creek bed just before an ambulance arrived to transport him to a hospital for medical attention.

However, he was overjoyed when he learned the elderly man was going to recover.

As for his mom, she said she is “beyond proud” of her child’s actions, adding the neighbor sustained a broken ankle and a head injury but came home from the hospital Wednesday.

WSAZ gave Landon the Hometown Hero Award and when reporter Andrew Colegrove asked if he felt like a hero for helping rescue his neighbor, Landon said, “Yep.”

Facebook users applauded the preschooler and said he has a compassionate heart.

“Landon, you are my hero! I am a former United States Marine, and young man, you are as brave as any one I have ever met! Yup!” one person commented.

“Great young man so glad he heard him and got help,” another user wrote.