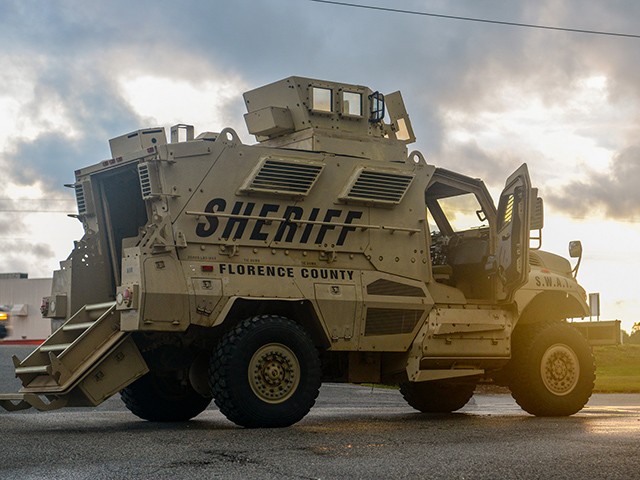 According to Kirby, two City of Florence officers and three deputies were shot between 4:55 -5:30 p.m. Footage shared to social media shows police near Hoffmeyer Road in Florence heading towards the “active shooter scene.”

Here is video from Hoffmeyer Road in Florence of officers heading to the active shooter scene – https://t.co/CfJRExMjkf pic.twitter.com/Ut0Djfxpcf

Details regarding the conditions of the officers are presently unknown. Florence County emergency services have announced that a suspect is in custody.

****Major Update****
The active shooting situation is over and the suspect is in custody. We are asking everyone to stay away from Vintage Place as there is still an active crime investigation in progress. pic.twitter.com/1OImJOjqXS

Earlier, Florence County Emergency Management shared the following message to its official Facebook page: “Due to a high priority call in Vintage Place off of Hoffmeyer Rd in FLORENCE, South Carolina. There is an active shooter incident in progress at this time. We are advising everyone to stay away from this area. We have Sheriff Officers along with City PD and other first responders handling this situation.”

ABC 15 reports West Florence High School is on lockdown after learning of the shooting.