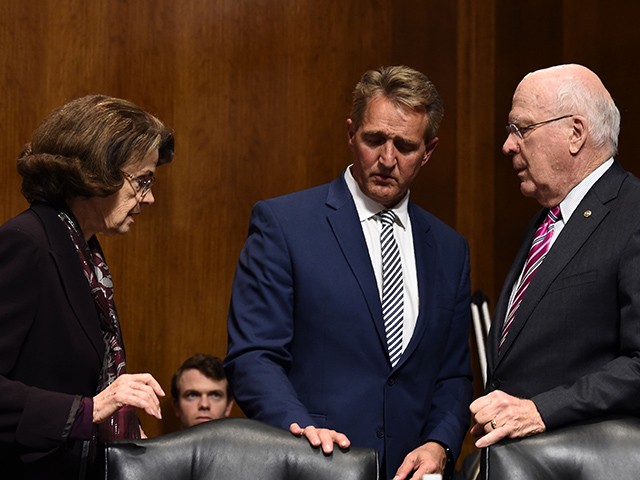 Leftists are trying to kick the Senate confirmation for a Supreme Court nominee down field and past the November elections.

They have shown they will do so at any cost. While compelling emotionally, Christine Blasey Ford has no witnesses and no facts to back up her story.

There was no legitimate reason the allegations were not summarily evaluated, and a Judiciary Committee vote was taken last week.

I was honored to be able to attend Friday’s Kavanaugh hearing – a hearing that should never have taken place. It was intense, dramatic, emotional, and outrageous, but nothing changed. The allegations are not sufficient to derail Judge Brett Kavanaugh’s nomination.

Leftist law breaking, rule breaking, violence, and disruption have already marred the public Kavanaugh confirmation hearings. The Senate has allowed this circus to continue, and in the process has delayed a timely confirmation vote on Judge Kavanaugh.

The vote to confirm can’t come soon enough. That the Senate hasn’t voted yet is shameful.

The Senate Judiciary Committee issued a statement requesting that the administration instruct the FBI to conduct a supplemental FBI background investigation with respect to the nomination of Judge Brett Kavanaugh to be an Associate Justice on the Supreme Court.

If fairly conducted, this “supplemental investigation” could have been over yesterday. The Committee requested that the FBI investigation take no more than a week. This will not satisfy Leftists trying to destroy Kavanaugh.

After witnessing the spectacle in person yesterday, the Senate owes Judge Kavanaugh an apology. And perhaps the best apology would be a vote finally to confirm him.