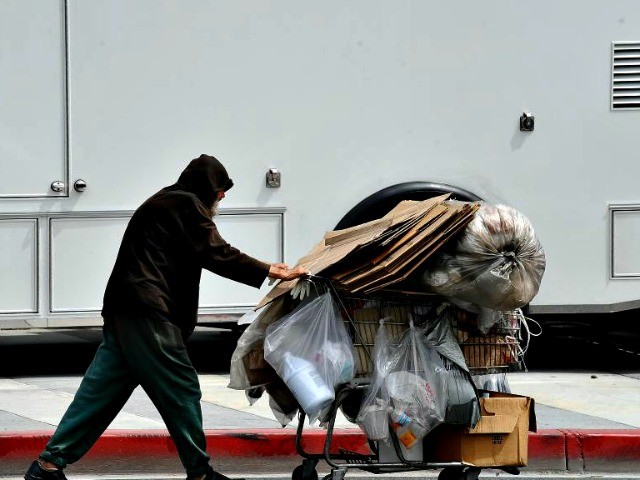 Veterans Affairs officials in Los Angeles are blatantly ignoring the needs of veterans and appear to be running some kind of business out of their offices. Despite Judicial Watch’s lawsuits, the outrages continue, as their Corruption Chronicles blog reports.

The Los Angeles Veterans Affairs (VA) facility that illegally rents its sprawling grounds to institutions that don’t serve veterans just evicted several groups dedicated to veterans, including a nonprofit that for decades has comforted dying vets and another that helps those who are disabled. While the VA gave the volunteer organizations the boot without offering an explanation, it continues housing a parking lot for nearby upscale shops, a university baseball stadium, a dog park for the professional dog walkers of affluent residents, and athletic fields for a fancy prep school.

It marks the latest of several scandals involving the misuse of this VA property, where a top official pleaded guilty to multiple felonies last year for taking bribes from a parking lot operator that defrauded the agency out of millions.This month at least five established nonprofits dedicated to providing veterans with therapeutic activities, counseling and other valuable survival skills have been evicted while private businesses that don’t benefit vets remain.

The Jewish War Veterans is among the organizations that just got kicked out along with Twilight Brigade, the Disabled American Veterans, Vet-to-Vet and the Association for Parrot C.A.R.E., which provides therapeutic activities for vets at its parrot sanctuary. A local newspaper reported the latest travesty at the southern California VA this week, but Judicial Watch has for years investigated, sued and obtained government documents involving the VA’s illegal use of this parcel.

The 338-acre property in West Los Angeles, which includes the National Veterans Park and Veterans Home, was deeded to the federal government in 1888 for the specific purpose of caring for disabled veterans. Thousands of disabled veterans once lived on the grounds, which also had churches, theaters, a library and post office. In the 1960s and 1970s the VA quietly closed the facilities, according to the American Legion, and ousted mentally disabled veterans. In recent years, the property has been used for many causes unrelated to veterans. Among them is a stadium for the University of California, Los Angeles (UCLA) baseball team, an athletic complex for a nearby private high school, laundry facilities for a local hotel, storage and maintenance of production sets for 20th Century Fox Television, the Brentwood Theatre, soccer practice and match fields for a private girls’ soccer club, a dog park, and a farmer’s market.

For nearly a decade a group called the Old Veterans Guard has filed complaints against rampant corruption at the Los Angeles campus, specifically for abusing and misappropriating VA property. The group assembled weekly and on Memorial Day to protest the VA’s failure to make full use of the facility to benefit veterans, particularly those who are homeless. The government retaliated by sending VA police to harass and intimidate them at weekly rallies. One of the group’s leaders, an elderly Army vet named Robert Rosebrock, got criminally charged for posting a pair of four-by-six-inch American Flags on the outside fence of the Los Angeles VA on Memorial Day in 2016. The fence is part of the “Great Lawn Gate” and marks the entrance to the Los Angeles National Veterans Park. Judicial Watch represented Rosebrock in the federal case, which was tried in U.S. District Court for the Central District of California. The court eventually ruled that Rosebrock was not guilty of violating federal law for displaying the flags above the VA fence.

Judicial Watch sued the VA Police and other agency officials for violating Rosebrock’s and his fellow protestors’ Constitutional rights. Judicial Watch has also sued the VA twice for documents related to the non-veteran use of the Los Angeles facility and obtained records that show the VA paid private businesses hundreds of thousands of dollars to reimburse them for terminating unlawful lease agreements. A 2011 lawsuit accusing the VA of misusing the Los Angeles grounds and illegally leasing the land forced the agency to make changes. As part of a settlement, the VA announced that it would dedicate the West L.A. campus to “serving veterans in need” by, among other things, designing a plan to help end homelessness among the county’s veterans. The legal settlement also compelled the VA to terminate leases with private businesses that were never supposed to be there in the first place. The records obtained by Judicial Watch reveal that the VA paid Twentieth Century Fox Television $435,000 and a construction company building an illegal amphitheater on the north side of the grounds $287,318. The television studio used 72,160 square feet of VA land for parking, storage and maintenance of production sets.

Just a few months ago a federal audit exposed rampant fraud and corruption involving the illicit land sharing agreements made by crooked VA officials in Los Angeles. Judicial Watch launched an investigation into the deals and has three Freedom of Information Act (FOIA) requests pending. This is a classic case of a bureaucracy busily serving its own needs and perpetuating itself to the detriment of the people it was created to help.