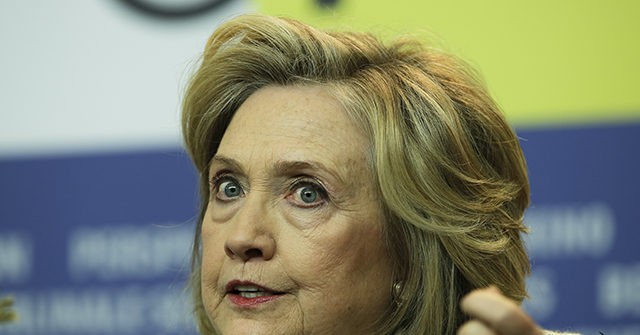 We have filed a petition for panel rehearing and rehearing en banc in the United States Court of Appeals for the District of Columbia concerning the deposition of former Secretary of State Hillary Clinton in a Freedom of Information Act (FOIA) lawsuit relevant to her government emails (In re Hillary Rodham Clinton and Cheryl Mills (No. 20-5056)).

We filed the petition after an August 31, 2020, opinion by the Court of Appeals granting Clinton’s petition for mandamus relief, allowing her to avoid giving sworn testimony in our lawsuit seeking records about the Obama administration’s public statements regarding the 2012 terrorist attack on the U.S. consulate in Benghazi. The lawsuit led directly to the disclosure of Clinton’s email use (Judicial Watch v. U.S. Department of State (No. 1:14-cv-01242)).

We argue that the appeals panel granted Clinton extraordinary relief that was specifically denied to General Flynn by the full appeals court. The full appeals court, in denying General Flynn mandamus relief, ruled that he could pursue alternative remedies for relief, such as an appeal of any adverse decision by the lower court at the end of his criminal case. The panel treated Clinton differently:

The panel’s failure to consider Clinton’s available remedies when it labeled her a party-litigant has, in effect, extended more rights to Clinton than to ordinary parties, including Plaintiff, the Government, and most recently Flynn. Rehearing and rehearing en banc is necessary for this additional reason.

It also is at odds with this Court’s recent en banc decision denying mandamus to U.S. Army Lieutenant General Michael T. Flynn because an “adequate alternative remedy exists.”  Rehearing and rehearing en banc is necessary “to secure and maintain uniformity of the court’s decisions.”

We further argue that the ruling undermines FOIA by ignoring Supreme Court and other precedent:

A district court may order limited discovery in FOIA cases where there is evidence that an agency acted in bad faith. A district court also has “broad discretion to manage the scope of discovery” in FOIA cases. The panel nonetheless found that discovery in FOIA is limited to “the actions of the individuals who conducted the search” for records responsive to a request. The panel’s finding is a radical departure from what Congress intended, the Supreme Court’s interpretation of FOIA, and this Court’s precedent. In effect, it eliminates any discovery into the actions of agency officials or employees other than FOIA officers, walling off from any inquiry officials or employees who may be less than honest with FOIA officers or who might seek to conceal agency records from FOIA officers to prevent their disclosure to the public, among other matters plainly relevant to an agency’s good faith in responding to FOIA requests.

We highlight the urgency of the issue by pointing to renewed efforts by the State Department and Justice Department to use the appellate court’s decision to try to shut down all other discovery into Clinton’s email use.

The decision to give Hillary Clinton special protection from having to testify about her emails undermines the rule of law and would eviscerate FOIA. The court should explain to the American people why it would protect Hillary Clinton while denying similar relief to General Flynn.

On March 2, 2020, Judge Lamberth ordered Judicial Watch us depose Clinton and Mills, under oath, regarding Clinton’s email system and the existence of records about the Benghazi attack. Clinton and Mills filed an emergency mandamus appeal to avoid testifying.

We’re not giving up on this.

In 2018 the Supreme Court upheld a voter-roll cleanup program that resulted from our settlement of a federal lawsuit with Ohio. California settled a NVRA lawsuit with us and last year began the process of removing up to 1.6 million inactive names from Los Angeles County’s voter rolls. Kentucky also began a cleanup of hundreds of thousands of old registrations last year after it entered into a consent decree to end another Judicial Watch lawsuit. In September 2020, we sued Illinois for refusing to disclose voter roll data in violation of Federal law.

So we’ve been busy and effective. Unfortunately, the problem persists.

The September 2020 study collected the most recent registration data posted online by the states themselves. This data was then compared to the Census Bureau’s most recent five-year population estimates, gathered by the American Community Survey (ACS) from 2014 through 2018. ACS surveys are sent to 3.5 million addresses each month, and its five-year estimates are considered to be the most reliable estimates outside of the decennial census.

Our latest study is necessarily limited to 37 states that post regular updates to their registration data. Certain state voter registration lists may also be even larger than reported, because they may have excluded “inactive voters” from their data. Inactive voters, who may have moved elsewhere, are still registered voters and may show up and vote on election day and/or request mail-in ballots.

We rely on our voter registration studies to warn states that they are failing to comply with the requirements of the National Voter Registration Act of 1993, which requires states to make reasonable efforts to clean their voter rolls. We can and have sued to enforce compliance with federal law.

Earlier this month, we sued Colorado over its failure to comply with the National Voter Registration Act. In our new study, 42 Colorado counties—or two thirds of the state’s counties—had registration rates exceeding 100%. Particular data from the state confirms this general picture. As the complaint explains, a month-by-month comparison of the ACS’s five-year survey period with Colorado’s own registration numbers for the exact same months shows that large proportions of Colorado’s counties have registration rates exceeding 100%. Earlier this year, we sued Pennsylvania and North Carolina for failing to make reasonable efforts to remove ineligible voters from their rolls as required by federal law. The lawsuits allege that the two states have nearly 2 million inactive names on their voter registration rolls. We also sued Illinois for refusing to disclose voter roll data in violation of Federal law.

Our study updates the results of a similar study from last year. In August 2019 we analyzed registration data that states reported to the federal Election Assistance Commission (EAC) in response to a survey conducted every two years on how states maintain their voter rolls. That registration data was compared to the then-most-recent ACS five-year survey from 2013 through 2017. The study showed that 378 U.S. counties had registration rates exceeding 100%.