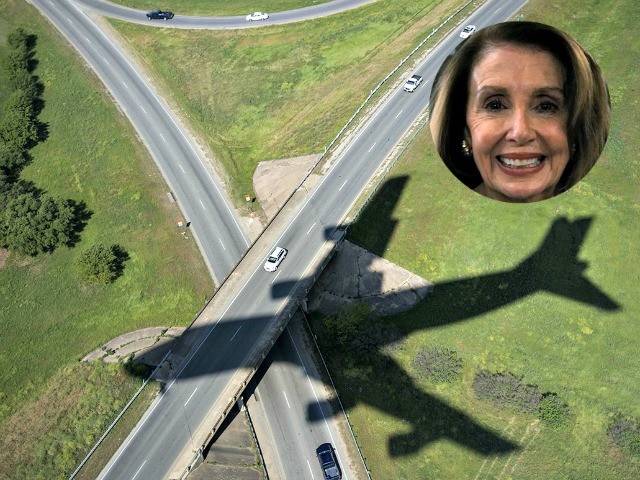 Nancy Pelosi’s plan to fly into a war zone to thank the troops, which President Trump put on hold, was déjà vu all over again. We’ve been watching her taxpayer-supported travel for years. Earlier, I discussed Judicial Watch’s prior work here in an op-ed for Fox News.

Just this week, Judicial Watch released documents they obtained through a Freedom of Information Act (FOIA) lawsuit against the Air Force that detail $134,587.81 plus $50,000 for an advance of funds for an “escort officer” for a total of $184.587.81 for then-House Minority Leader Pelosi’s Congressional delegation (CODEL) to Italy and Ukraine in 2015.

The documents show that from July 30 to August 6, Pelosi took a trip to Milan, Rome and Naples, Italy, and Kiev, Ukraine, for herself, her husband, several members of congress, and their spouses. The Italy trip included Milan, Rome, and Naples with visits to the Vatican Museum, Sistine Chapel, Duomo, and viewing Da Vinci’s “Last Supper.”

The documents also show the Air Force’s negative response to a Pelosi staff request for a specific crew for Pelosi’s flight. An official notes that it: “would be a disastrous precedent to set even if it were possible.” The Air Force further points out: “Our ARC crews have plenty to balance already with military duties and their civilian employers.”

The documents also detail a CODEL trip for Senator Cory Gardner (R-CO), who traveled commercial flights to Asia, including Tokyo and Okinawa, Japan; Seoul, Korea; plus Beijing and Hong Kong, China. This trip, with flights and per diems, cost at least $26,009.03.

Judicial Watch previously uncovered that Pelosi’s military travel cost the United States Air Force was $2,100,744.59 over one two-year period — $101,429.14 of which was for in-flight expenses, including food and alcohol.

Their work exposing Pelosi’s travel abuses resulted in her successor John Boehner declining to use Air Force luxury jets to travel to his Ohio congressional district.

America’s leaders live like kings and queens at our expense, and this might be a good time for those who pay for it to rise up and just say no.