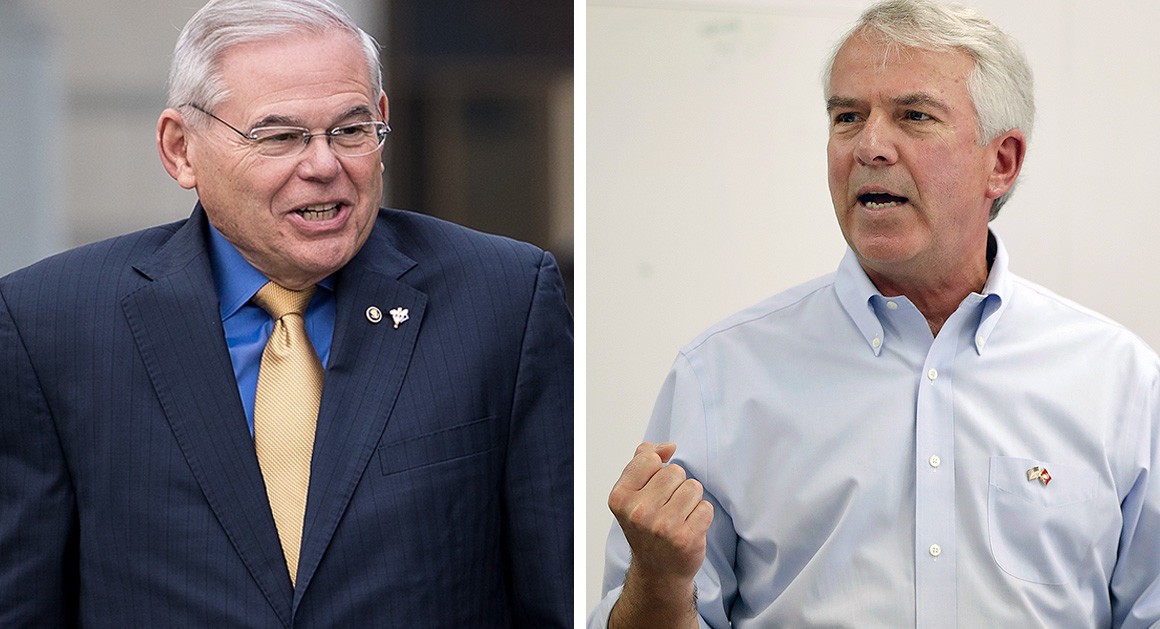 “Bob Hugin appeals across party lines, which is why I am supporting his campaign for U.S. Senate. He is a solid and reliable Marine veteran who will put people ahead of partisan politics and put New Jersey first when elected,” former Middle Township, New Jersey Mayor Mike Voll, a registered Democrat, said in a statement released by the Hugin campaign on Tuesday.

“That is a welcome change from the crook, Bob Menendez, who has failed us in Washington as he has served special interests and himself for the past 25 years,” Voll continued.

First elected to the Middle Township Committee in 1982 as a Democrat, Voll “switched parties to become a Republican in the late 1990s and has described himself since then as politically independent. He is now a registered Democrat,” the Hugin campaign statement said.

“Whether Democrat, Republican, or Independent, voters should strongly consider electing Bob Hugin to the U.S. Senate if they truly want change and want someone to break the political stalemate plaguing Washington,” Voll concluded.

Hugin has been endorsed by four other prominent New Jersey Democrats in the past month.

“From the start, my campaign has been focused on reaching beyond party affiliations and reaching out to everyone in New Jersey, and I appreciate Mayor Voll’s support in that effort,” Hugin said in the campaign statement.

“As a U.S. Senator, I will put New Jersey interests first and not pander to any political base. This race is a choice between doing what is best for the people of New Jersey or continuing to be represented by a failed, corrupt career politician who has served himself and his donors instead of fighting for New Jersey,” Hugin added.

Even the Democrat-friendly mainstream media in New Jersey is panning Menendez’s candidacy.

“It’s official. On Sept. 15, the state Democratic Party passed what I will label its ‘Torricelli Date.’ That’s the deadline for legally switching candidates that comes 52 days before an election,” Paul Mulshine, a columnist for the Star-Ledger, wrote at NJ.com:

My reference is to the 2002 race, when the Democrats blew past that deadline and then had to go to court to get permission to replace incumbent Bob “The Torch” Torricelli. He had tanked in the polls because of revelations about some of his seedy associations.

Torricelli, who was hardly the most gracious of politicians, still had the grace to drop out of the race in favor of former Senator Frank Lautenberg. Lautenberg went on to victory after the state Supreme Court okayed the last-minute switcheroo.

This year’s Democratic U.S. Senate candidate, incumbent Bob Menendez, has not been quite as considerate of his fellow Democrats.

Menendez’s legal and ethical problems have been well documented by Breitbart News:

Menendez, along with his friend and political donor, Dr. Salmon Melgen, was indicted on public corruption charges in April 2015 by the Department of Justice (DOJ).

Menendez’s first trial ended in a mistrial in November when the jury could not reach a unanimous decision. In January, the DOJ dropped the charges against Menendez.

Dr. Melgen, Menendez’s co-defendant in the public corruption case, was convicted on 67 felony counts of Medicare fraud in April 2017.

The last Republican elected to the Senate from New Jersey was Sen. Clifford Case (R-NJ) in 1972, 46 years ago.

President Trump lost New Jersey by 13 points in 2016, but the latest Real Clear Politics Average of Polls shows that Menendez’s lead over Hugin is 8.3 points, and trending down.