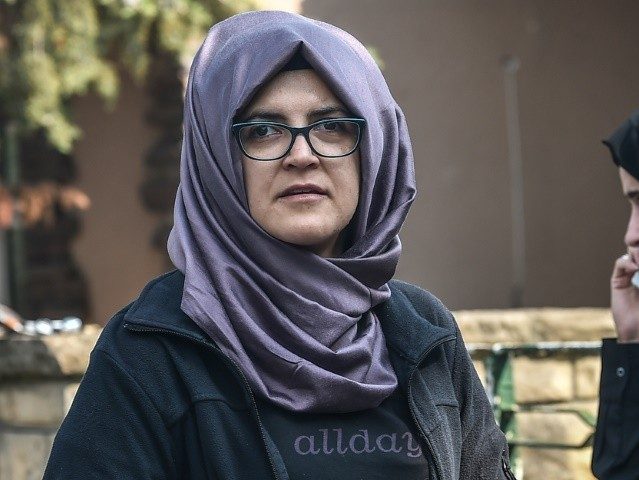 ANKARA, Turkey (AP) — The fiancee of slain Saudi journalist Jamal Khashoggi has expressed “shock and sadness” over reports suggesting that his body may have been dissolved with chemicals.

Hatice Cengiz said on Twitter late Thursday that Khashoggi’s killers had deprived his loved ones of conducting funeral prayers and burying him in Medina, Saudi Arabia, as he had wished.

Turkey says the Washington Post columnist, who was critical of the Saudi crown prince, was strangled and dismembered at the Saudi Consulate in Istanbul on Oct. 2 by a 15-member assassination squad. Media reports have suggested that his body, which has not been found, could have been chemically dissolved.

In a message to The Associated Press on Friday, Cengiz said she has not received information from officials to confirm those reports.