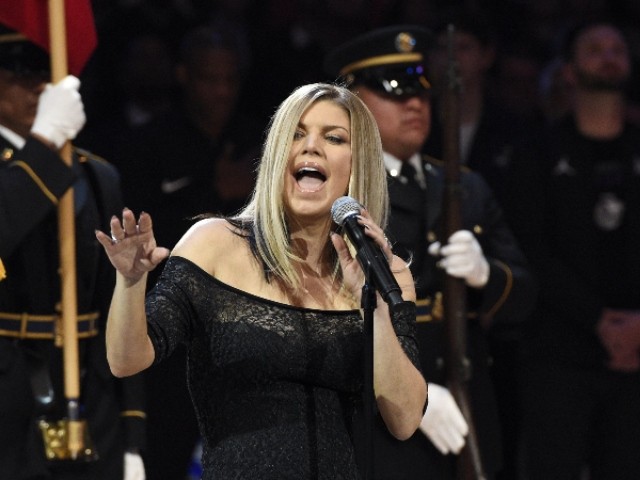 It just wouldn’t seem like Fergie singing the national anthem, if the Golden State Warriors weren’t around to mock it. As it turns out, even Fergie’s anthem remixes are subject to mockery from the defending champs.

Earlier this year, the Black Eyed Peas star drew many quizzical and humorous looks from basketball’s elite, as she delivered an unusually sultry and elongated version of the national anthem:

Well, in order to relive those good times. The Warriors jammed a remix version of Fergie’s performance and choreographed a team response to commemorate the event:

What prompted the Warriors dancing response?

The dance seems to have been in response to Fergie’s husband, actor Josh Duhamel, who called Warriors star Draymond Green a “prick,” for mocking his wife’s performance.

“I was pissed off at Draymond Green, first of all, I think he owed her an apology,” Duhamel told Fox Sports’ Kristine Leahy. “I thought he was kind of a prick, just because he knew the camera was on him and he snickered about it.”

Unfortunately for Duhamel, Draymond Green would be the least likely of the Warriors to apologize.