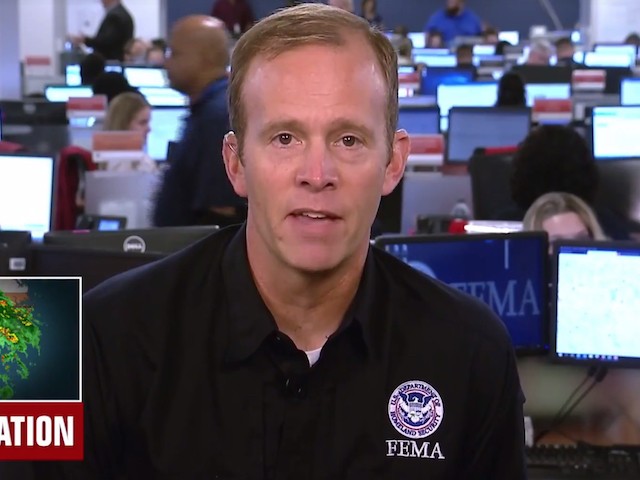 Long said, “These studies are all over the place the Harvard study was done differently studies a different period of time versus the George Washington study. There’s a big discrepancy whether it’s direct deaths or indirect deaths.”

BROCK LONG: Well you know look, these studies are all over the place the Harvard study was done differently studies a different period of time versus the George Washington study. There’s a big discrepancy whether it’s direct deaths or indirect deaths. You know if you look at the the root cause of any problem is one round here one death. These guys know one death is a death to many. We work every day to make sure that we try to prevent that. But if you want to get into Puerto Rico from the standpoint of what needs to happen next. We’ve got to fix aging infrastructure that wasn’t ready to support you know the Commonwealth before the storm hit. And when when they were blown out and the infrastructure is blown out it exponentially causes problems on the beach.

DICKERSON: But the reason it’s so important obviously is if you figure out how people died last time you can keep it from happening again. You say the numbers are all over the place, but the numbers are more than zero which is what the president said. He said the deaths didn’t happen. I guess my question is this, the GW report as you mentioned again the bulk was from interruption of medical care which you’re trying to take care of in Florence. They interviewed people from FEMA to come up with that number. So who’s right? The president who says those deaths didn’t happen or the FEMA officials who helped G.W. put together that report?

LONG:  Yeah I don’t know who they interviewed with him — agency. They may have looked at funeral benefits to help, you know, calculate whatever number. And that’s a number, you know, that’s the only number that we would really be able to contribute to any study going forward. But as far as–

DICKERSON:  Let me ask you this. Puerto Rico might get hit again during hurricane season. People who worry about dying from interruption of medical care, which is the bulk of those deaths that get to the 3000 number. Does FEMA — is FEMA concerned about people who might die from that result in Puerto Rico?

LONG: What we do is we coordinate the fire power of the federal government down. So for example, FEMA, you know, FEMA doesn’t rebuild power grids. We we basically pay for it and help to coordinate the resources they need. And that’s the same case that would be within the health and medical industry- and you know my authority to support rebuilding the power if you get the power back up that solves 95 percent of the problems–

LONG:  You know bottom line is, we push forward on that authority as much as we can. And Puerto Rico is a very vulnerable place right now. But we’re focused on putting billions of dollars of work to-to prevent this and build it more resilient so that it doesn’t happen again.

DICKERSON: Let me ask you a final question. The Wall Street Journal has some reporting which- about you and your state and it suggested that because of your use of travel that there was an inspector general’s report and that Department of Homeland Security secretary Nielsen went to you and discussed whether you should- you should continue in your job. What’s your response about that?

LONG: Yeah. So that narrative is that, yes there is an ongoing investigation. We’ve been working with the OIG you know very clearly and I can come back and put context around that. But in regards to Secretary Nielsen I’ve never been asked to resign. Secretary Nielson I talk everyday we have a very professional, functional relationship. You know we are both focused on Floyd right now. And you know let’s put some context on what the vehicles are that they’re talking about. So this job is incredibly complex. All my shoulders is presidential preparedness directive 40 which means you know I have to make sure FEMA has to make sure that the executive branch of government works on its worst day at any given time regardless of what we see and a lot of that is continuity of government. Those vehicles are to supply me with secure comms. The program was developed in 2008 way before I even got here — it ran for me the same way that it ran for anybody before me and we comply everyday we’ll make meaningful changes. You know I have never made — I would never intentionally violate any rules, you know, that I was there- aware of, so.

DICKERSON: All right administrator Long thanks so much for being with us and good luck with that long to do list. Thank you.