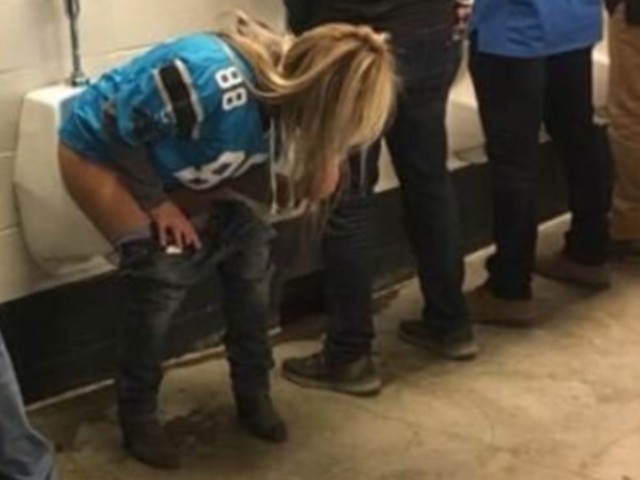 People of different genders using or misusing public restrooms, has been a topic of frequent discussion on social media.

However, on Sunday a female Panthers fan gave the bathroom debate a visual no one will soon forget.

While most men don’t even like standing next to each other at a urinal, this woman had no shame as she puller her pants down and used the urinal in a fashion for which it was not intended:

Somebody get their moms pic.twitter.com/F3ReJyLXLQ

Someone should have informed her that she’s breaking serious men’s room etiquette by looking at other people while using the restroom. But honestly, that’s only one of the many things wrong with this picture.