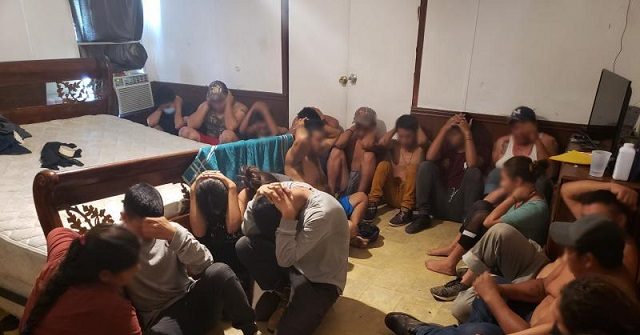 Border Patrol agents found two Korean women in a human smuggling stash house in the Rio Grande Valley near the Texas border with Mexico. Officials said it is uncommon to find Korean migrants in stash houses.

The driver identified herself as the owner of the house suspected of being a stash house, officials stated. The woman consented to a search of the home. Agents entered the home and found two female migrants inside.

The agents conducted immigration interviews and identified the two women as Korean nationals illegally present in the United States. Further investigation led to the revelation that the woman claiming to own the stash house is also an illegal alien.

Agents arrested all three women and transported them to the McAllen Border Patrol Station for processing.

Later that day, agents assigned to the Javier Vega, Jr. immigration checkpoint on U.S. Highway 77 observed a blue Honda Accord approaching for inspection. During the initial interview, a K-9 alerted to an order it is trained to detect. Agents referred the driver to a secondary inspection station.

A search of the Accord led to the discovery of three illegal aliens, officials stated. Agents interviewed all three and identified them as having come to the United States from Mexico and Peru.

A few hours later, Brownsville Station Border Patrol agents observed a group of people getting into a parked Blue Jeep Cherokee. Agents approached the vehicle and two people jumped out and fled into a nearby neighborhood to avoid apprehension. Agents searched the Cherokee and found five migrants inside. The agents placed the migrants under arrest for immigration violations and transported them to the station for processing.