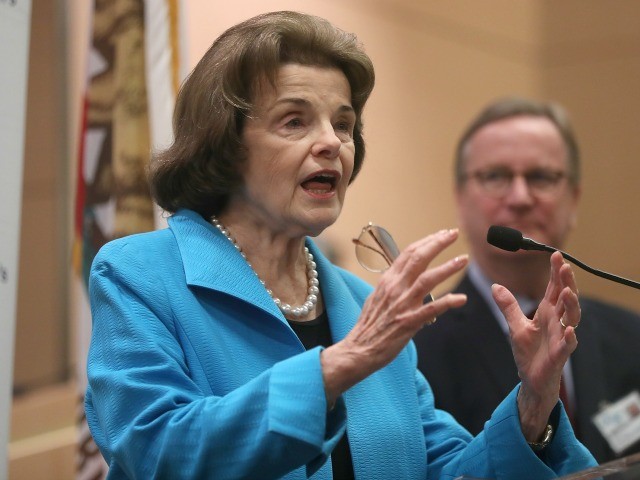 During a press conference on Thursday, Senate Judiciary Committee Ranking Member Dianne Feinstein (D-CA) stated the FBI’s report into Supreme Court nominee Judge Brett Kavanaugh, “looks to be a product of an incomplete investigation that was limited, perhaps by the White House.”

Feinstein said, “[W]hat I can say is that the most notable part of this report is what’s not in it. As we noted by the White House, the FBI did not interview Brett Kavanaugh, nor did the FBI interview Dr. Blasey Ford. What we’ve heard, from numerous people, over the last few days, seeking to provide information to the FBI, we have seen even more press reports of witnesses who wanted to speak with the FBI, but were not interviewed. Deborah Ramirez’s lawyer said he was unaware of any corroborating witnesses who were interviewed. Candidly, what we reviewed today, in a very limited time, I was there. I had to leave. The report is in parts, and I had the opportunity to read some, but not all of it. It looks to be a product of an incomplete investigation that was limited, perhaps by the White House. I don’t know.”