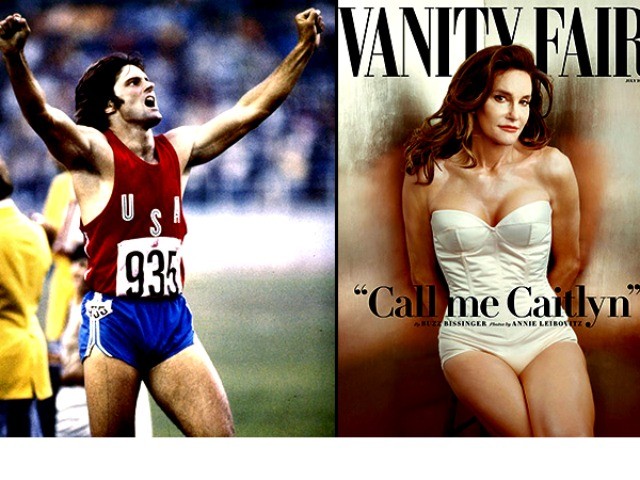 President Donald Trump’s Justice Department will soon decide if agencies must follow biology when they document the legal sex of American women and girls, men and boys, according to a document leaked to the New York Times.

The policy would protect Americans’ civil rights from the transgender ideology which insists that everyone has an FBI-enforced federal right to switch their legal sex — regardless of their biology — when entering sports competitions, K-12 bathrooms, hospitals, gym showers, the military, or single-sex civic society groups.

This transgender ideology was promoted in 2016 by former President Barack Obama and is being imposed by many federal and state judges, despite visceral public opposition and scientists’ criticism.

Now the Department of Health and Human Services is spearheading an effort to establish a legal definition of sex under Title IX, the federal civil rights law that bans gender discrimination in education programs that receive government financial assistance, according to a memo obtained by The New York Times.

The department argued in its memo that key government agencies needed to adopt an explicit and uniform definition of gender as determined “on a biological basis that is clear, grounded in science, objective and administrable.” The agency’s proposed definition would define sex as either male or female, unchangeable, and determined by the genitals that a person is born with, according to a draft reviewed by The Times. Any dispute about one’s sex would have to be clarified using genetic testing.

“Sex means a person’s status as male or female based on immutable biological traits identifiable by or before birth,” the department proposed in the memo, which was drafted and has been circulating since last spring. “The sex listed on a person’s birth certificate, as originally issued, shall constitute definitive proof of a person’s sex unless rebutted by reliable genetic evidence.”

The proposed rule will be presented to Attorney Gen. Jeff Sessions before the end of the year. He is likely to approve the plan early in 2019.

In 2017, Sessions’ department discarded Obama’s transgender policy statements. At the request of women prisoners, Sessions has also ended Obama’s support for mixed-sex prisons in early 2018. Also, the Pentagon has already announced it will use biology as a “bright line” when documenting the sex of a potential recruit.

The NYT article did not say how the federal rule will work with state laws, many of which allow people to change their legal sex. Some states require individuals to undergo genital surgery before they change the sex marker on their official documents, such as drivers’ licenses.

Progressives are incensed at the new science-based policy and have scheduled protests in New York and Washington D.C. For example, Eric Klinenberg, a sociologist at New York University, described the policy as an “act of violence.”

The next act of violence from the Trump administration is a policy that, as ⁦@CatherineLhamon⁩ puts it, “quite simply negates the humanity of people.” https://t.co/Cl2LANfx6v

His angry claim was retweeted by Catherine Lhamon, a former civil regulator in Obama’s Department of Justice.

In part, these claims were developed to help suppress Americans’ recognition of the complementary sexual differences between equal men and women, and to help elite women compete for status against men in the white-collar workplace.

But this gender ideological claim is impossible to prove, partly because no-one has ever found a “gender” organ hidden among the male or female organs in people’s bodies.

Also, men and women have a wide variety of different, complementary and overlapping interests, styles, and preferences, making it impossible to clearly define what is a male or a female “gender.”

The ideology has been loudly supported — and heavily funded — by a small number of men who demand the government force Americans to say they are women, amid criticism that those “transgender” men are heterosexual men who desire to mimic women.

This transgender ideology also has been adopted by some medical professionals who are eager to sell cosmetic surgery and services.

The marriage of ideology and commerce now ensures that a teenage girl who likes many activities which are stereotypically male — such as physical competition, shooting or engineering — may be prescribed as suffering from a mental disease that can be cured by sterilization and having her breasts chopped out. Similarly, a teenage boy who likes stereotypically female activities, such as dancing or fashion, can be a prescribed as a candidate for therapeutic castration.

Many media reporters have embraced this identity-before-biology claim. For example, the New York Times article says the HHS proposal to use scientific gene-testing to determine a person’s sex is “extreme”:

Some [agency] officials hope that health and human services will at least rein in the most extreme parts, such as the call for genetic testing to determine sex.

Multiple polls show that most Americans wish to help and comfort people who think they are a member of the opposite sex, even as they also reject the transgender ideology’s claim that a person’s legal sex is determined by their feeling of “gender identity,” not by biology.

In Massachusetts, state voters will have the opportunity in November to vote for or against a state pro-transgender law which allows opposite-sex people who say they are transgender to violate privacy expectations in single-sex institutions, such as showers and sports leagues.

Very few people undergo sex-related surgeries. Only about 4,118 Americans surgically altered their bodies in hospitals from 2000 to 2014 to appear like members of the opposite sex, according to a pro-transgender medical study.

Despite the growing damage to young people — including people who change their views and wish to embrace their sex —  the gender ideology is rapidly gaining power, aided by huge donations from wealthy individuals and medical companies. In Ohio, for example, in February, a judge forced parents of a teenage girl to give up custody so she can begin a lifetime of drug treatments and surgery that will allow her to appear as a male.