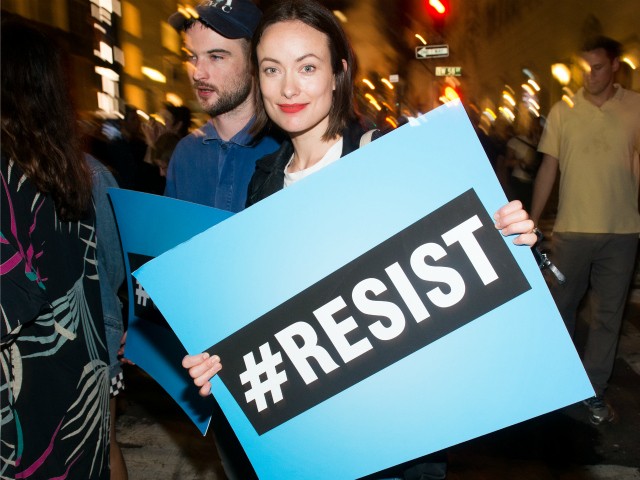 The Office of Special Counsel has issued new employee conduct guidelines warning federal workers that they are not allowed to engage at work in “resistance” activities to oppose President Trump.

In general, federal employees are free to express opinions about government policy or individual politicians, but they are not allowed to advocate for or work for partisan organizations or causes while in the workplace. The new rules claim that anti-Trump activities amount to illegal political activity.

Violations of the new rules could result in reprimands or even firing, the office now says.

“We understand that the ‘resistance’ and ‘#resist’ originally gained prominence shortly after President Trump’s election in 2016 and generally related to efforts to oppose administration policies,” the memo states. “However, ‘resistance,’ ‘#resist’ and similar terms have become inextricably linked with the electoral success (or failure) of the president.”

The office added that because impeachment also means those impeached can never hold federal office again, “resistance” support is essentially a statement against President Trump’s 2020 re-election and that, they say, violates the Hatch Act, which prevents federal workers from engaging in political activity on the job.

The rule especially applies since Trump is in his first term and impeachment threatens his future political career as president.

Ana Galindo-Marrone, the chief of the Office of Special Counsel’s Hatch Act unit, who first joined the office during the Clinton administration, says that the new guideline fits in with past rules the office issued. She says that displaying signs, bumper stickers, or buttons at work that demand the impeachment of the president or “resistance” to him is a far different thing than a mere conversation about personal opinions during lunch.

Further, Jeff Ruch, the executive director of Public Employees for Environmental Responsibility, also said he felt the interpretation was fair.

But according to the New York Times, the new guidelines prohibiting direct anti-Trump activities, signs, or discussions are taking the restrictions too far.