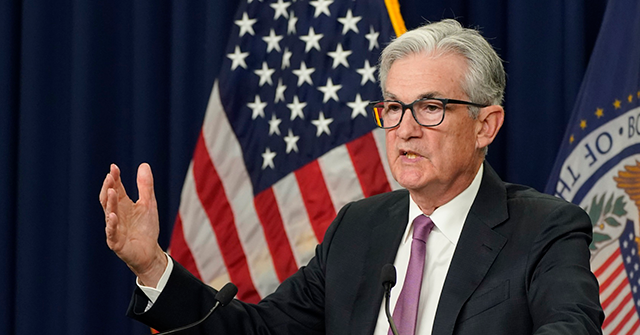 The Federal Reserve will likely throw another round of supersized rate hikes at the U.S. economy following the sizzling hot jobs numbers the Department of Labor released Friday.

Up until yesterday, the federal funds futures market implied a 66 percent likelihood that the Fed would raise the current federal funds target rate — now at 2.25-2.50 percent — by another 50 basis points to a range of 2.75 – 3.0 percent. After the news that the U.S. economy added 528,000 jobs in July and the unemployment rate fell to 3.5 percent — much hotter than projections of a cool 258,000 jobs and a steady 3.6 percent unemployment rate — the odds shifted violently.

On Friday, the market implied a 69.5 percent chance that the Fed raises rates 75 basis points, resulting in a 3.0-3.25 percent range.

Recession is now less of a worry. Inflation is more of a worry. The Fed will likely need to do more–although that will and should depend on all of the additional data we’re getting before the next meeting (most importantly one more jobs report and two more CPI reports).

If the Fed raises rates in September, it will be the fourth time it has done so in 2022. At the last two meetings, the Fed hiked its interest rate target by 0.75 basis points, the biggest hikes since 1994. Fed officials say they are hoping to cool demand for labor to bring down inflation. July’s job numbers indicate that these hikes have not yet slowed job creation and the labor market remains extremely tight.

​​“On the heels of the July employment report, which shows little evidence of cooling labor demand, we now look for the Fed to lift the target range for the federal funds rate to 3.50-3.75% by year-end, 25bps more than we had expected previously,” Gapen wrote.

Randall Kroszner, Former governor at the Fed and now an economics professor at the University of Chicago Booth School of Business Randall Kroszner told Bloomberg Television the Fed is “on a path” to continue raising rates, according to ZeroHedge.

“I think it’s really clear that they are on a path to continue to raise those rates. Certainly, 75 basis points will be on the table for the for the next meeting,” Kroszner said. “The thing is not only the strength of the labor market, but it is also the significant increase in wages higher than expected upward revisions.”

Chairman and CEO of Marathon Asset Management Bruce Richards said he thinks the Fed “should be more aggressive,” ZeroHedge reported.