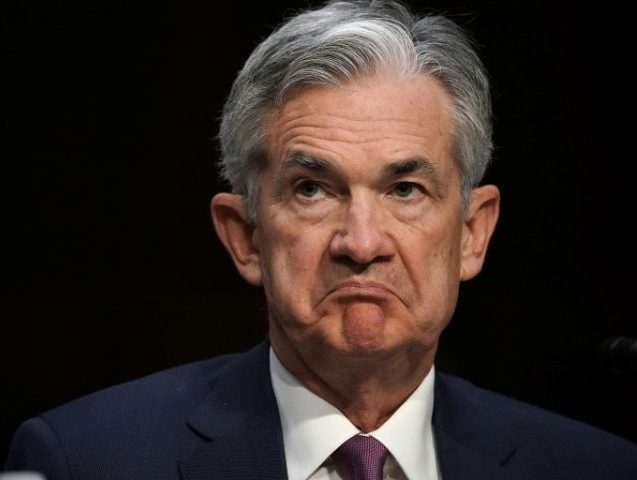 President Donald Trump’s view that the Federal Reserve is putting economic growth at risk by hiking interest rates too quickly is not shared by Fed officials.

“With regard to the outlook for monetary policy beyond this meeting, participants generally anticipated that further gradual increases in the target range for the federal funds rate would most likely be consistent with a sustained economic expansion, strong labor market conditions, and inflation near 2 percent over the medium term,” the minutes report.

Minutes of the Fed’s September meeting showed on Wednesday that Fed officials see the economy as strong enough to justify continuing their policy of pushing interest rates higher.

While there is a consensus on the Fed that rates should still move higher there is little agreement about the level of rates that would qualify as “neutral,” where monetary policy would neither be stimulating growth nor putting the brakes on the economy. Fed officials last month removed a phrase that for years described their interest rate stance as “accommodative,” an indication that Fed officials believe the economy is strong enough to expand without an added boost from monetary policy.

After the meeting, Fed chairman Jerome Powell said the removal of the language was not meant as an indication that the Fed thinks rates are already neutral.

“We’re a long way from neutral at this point, probably,” Powell said.

That was read by many investors as a sign that the Fed sees interest rates going even higher next year.

A few Fed officials at the meeting said the economy was in danger of overheating and would require the Fed to raise rates beyond a neutral level. This, however, appears to be a minority view for now.

Fed officials at the meeting said the Trump tax cuts have boosted investment spending, which contributes to economic growth and can increase worker productivity.

Tariffs on steel were cited by some business contacts of Fed officials as lowering investment in the energy sector. But concerns over the trade war with China were very muted.

“The projection for the medium term was not materially changed, in part because the recently enacted tariffs on Chinese goods and the retaliatory actions of China were judged to have only a small net effect on U.S. real GDP growth over the next few years,” the minutes said of the Fed’s staff view of economic growth.

“Contacts in the agricultural industry reported that tariffs imposed by China had resulted in lower crop prices, further depressing incomes in that sector, although a new federal program was expected to offset some income losses,” the minutes report.

On the positive side, some Fed officials said U.S. businesses were disentangling themselves from China.

“Contacts also suggested that firms were attempting to diversify the set of countries with which they trade–both imports and exports–as a result of uncertainty over tariff policy,” the minutes report.

The minutes set up an interesting debate between the president and the Fed, with the president apparently worried the economy could be on a weaker footing than the Fed thinks. Trump typically touts the strength of the economy. But his recent statements about interest rates indicates he is concerned that the recent economic acceleration could be hurt by too much aggression in monetary policy.