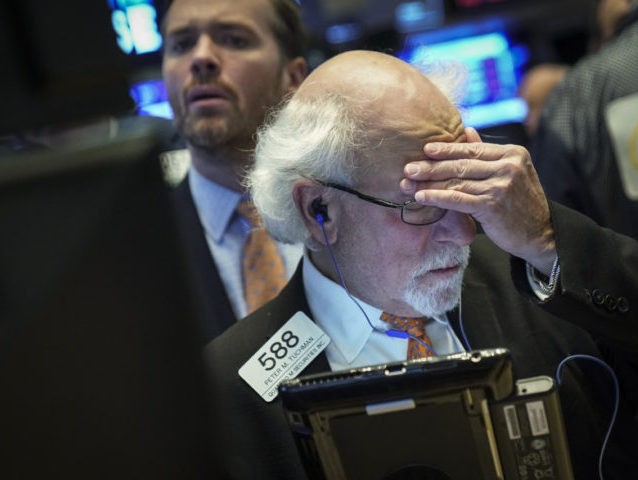 Stocks got off to a strong start on Friday after the release of a weaker than expected jobs report but turned sharply lower as the day wore on, ending the week with deep dive.

The Dow Jones Industrial Average fell by around 559 points, a 2.24 percent decline. The Nasdaq Composite was off by 3.05 percent. The S&P 500 dropped 2.3 percent. All three indexes are down 4 percent or more for the week.

Investors began the day on an optimistic note after the government reported the economy created just 155,o00 jobs in November, lower than the 190,000 expected. This created hope that the Federal Reserve would slow the pace of its interest rate hikes next year, perhaps even holding back from a widely expected hike later this month.

Those hopes, however, quickly gave way to fears over slowing growth around the world and concerns that could leak into the U.S. economy, which is expected to slow next

Stocks hit their lows of the day following a report from the Wall Street Journal that federal prosecutors are planning to charge Chinese hackers with trying to break into U.S. tech companies.  Around the same time, Canadian prosecutors revealed details of the fraud charges lodged against an executive from China’s mobile phone giant Huawei.

Trump administration officials also likely contributed to the sell-off by once again sending mixed messages about the 90-day trade truce. In an interview on CNN, White House trade adviser Peter Navarro insisted the U.S. would move ahead with plans to raise tariffs to 25 percent if an agreement was not reached by the end of the 90-day period. On CNBC, however, White House economic adviser Larry Kudlow indicated the truce could be extended if negotiations were going well.