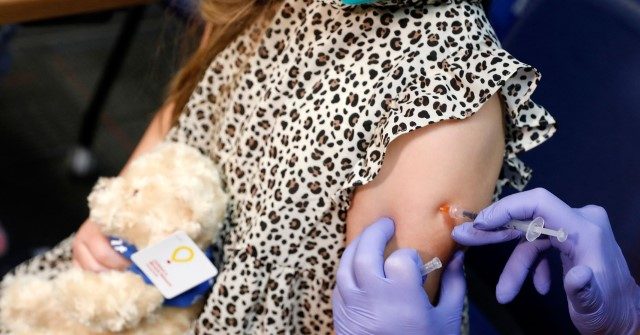 An executive director at the U.S. Food and Drug Administration (FDA) believes that coronavirus vaccines have “not been as effective as they’re expecting,” according to a video released by Project Veritas.

Christopher Cole, an FDA executive officer with over 20 years of experience, was caught on video recorded by Project Veritas reporters discussing the trajectory of Biden’s vaccination plan. Cole claims to be directly involved in the approval process of various coronavirus vaccines.

Cole believes that the vaccine’s efficacy is less than what mainstream health officials first promised. “Yes, it is—has not been as effective as they’re expecting. I agree,” he said when talking about the first two doses of Pfizer’s vaccine.

Cole discussed Biden’s plans to make Americans take annual coronavirus booster shots, which will be formally announced “at some point.”

Before the government implements an annual booster mandate, Cole believes it will “gradual thing” with schools mandating it before the federal government.

Cole also talked about the FDA’s approval process for young children aged six months to five years old, but noted that he does not “completely agree” with the FDA’s process.

“I don’t completely agree with [the FDA’s] process. They’re looking at trying to inoculate kids under five- years-old between six months and five-years-old,” he said.

Cole faulted the FDA for not having enough tests done on young children to give parents as much reassurance “as you normally want to.”

“All the tests aren’t there,” Cole said when asked which parts of the FDA’s process he disagrees with. “So I agree with the thing that it is important to inoculate them. But you can’t provide the parent as much assurity as you normally want to.”

Cole believes that vaccines for children six months and up are almost certainly on the way, despite the fact that the FDA recently delayed a hearing on Pfizer’s vaccine for the age group.

From the chatter he has heard, Cole said that the FDA is “not going to not approve” a coronavirus vaccine for young children. He recognized that cases are not that high for the age group, but the vaccine will likely get approval because it goes through the Emergency Use Authorization (EUA) process.

Cole discussed the FDA’s alleged abuse of EUAs regarding fast-tracking the approval of coronavirus vaccines for specific demographics. He claimed that vaccines for younger children are approved under the emergency circumstances even though coronavirus is “not as impactful” for young children compared to other age groups. In addition, he called out the lesser standard for approvals under a EUA.

Cole said when reportedly asked if he thinks there is an emergency for toddlers:

Cole also commented on the FDA’s apparent lack of tests involving the vaccine’s effect on pregnant women. “It’s harder to find like pregnant women for these studies, and a significant number in order to be statistically accurate,” he said. “They haven’t tested enough on pregnancy on vaccines and everything, and women, because they have different, you know, systems than men.”

An FDA spokesperson responded to Project Veritas’s reporting and said, “The person purportedly in the video does not work on vaccine matters and does not represent the views of the FDA.”