Joe Biden’s embattled nominee to the FCC, Gigi Sohn, apologized for the “tone” of past tweets accusing Fox News of being “state propaganda,” as she tried to convince lawmakers on the Senate Commerce Committee that the far-left opinions she spouted on social media would not impact her work at the FCC.

At the hearing, Sen. Dan Sullivan (R-AK) called Sohn out on some of her past statements, which include allegations that Republicans want to “suppress the vote,” and a retweet of someone calling Donald Trump a “white supremacist” who would “rather kill everybody than stop killing black people.” 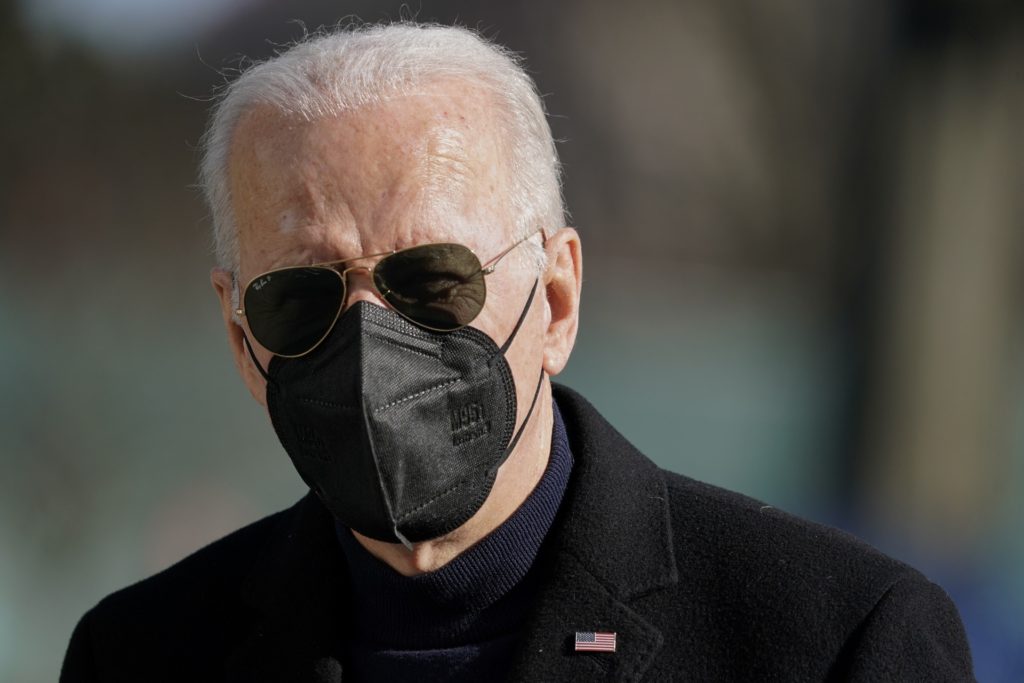 President Joe Biden walks on the South Lawn of the White House after stepping off Marine One, Sunday, Feb. 6, 2022, in Washington. Biden returned to Washington after spending the weekend at his home in Delaware. (AP Photo/Patrick Semansky)

Sen. Sullivan and other lawmakers on the committee also drew attention to her comments calling Fox News “state-sponsored propaganda.”

Responding to Sen. Roy Blunt’s (R-MO) question on the matter, Sohn said her comments about Fox came in the context of a discussion about “big tech and whether they should be responsible for disinformation,” and that her comment was made “as a public advocate and a private citizen and has no bearing on any proceeding that Fox would be involved in.”

“The larger point is, the tweets were said in my personal capacity. I kinda wish my tone was a little less sharp. In fact, I don’t kinda wish, I do wish. And it would have no bearing on any proceeding that would come before me at the FCC.”

Biden’s left-wing FCC nominee expects you to believe her tweets calling to ban conservative media were only as a “private citizen” and that she’ll be fair.

As Breitbart News has reported, Sohn has a track record of partisan, pro-censorship statements and ties to radical, far-left activists.

With jurisdiction over internet and telecoms policy, the FCC is an increasingly important arm of the federal government. During the Trump administration, it was at the center of the President’s efforts to fight back against Big Tech censorship.

Sohn was the co-founder and CEO of the leftist advocacy group Public Knowledge, which recently called on cable and satellite providers to drop the conservative One America News Network (OAN).

As an FCC commissioner, Sohn will be in a position of influence over cable and satellite providers.

She has also personally called on the FCC to investigate whether the Sinclair Broadcast Group, a conservative-run network of local TV stations, should hold a broadcast license. As a commissioner, she will be able to do just that.

She has also said that both Fox News and social media are “dangerous to our democracy,” arguing that Fox is the greater danger and calling for a “hearing” about the network, which she labeled “state-sponsored propaganda.”

The Biden administration has already demonstrated its willingness to appoint far-left radicals to federal positions that don’t require Senate confirmation, such as Meredith Whittaker, a notorious far-left agitator known for her work to expel former Heritage Foundation president Kay Coles James from an advisory role at Google.

Biden’s penchant for placing far-left extremists in the federal bureaucracy also resulted in his nominee for Office of Comptroller of the Currency, Saule Omarova, having to withdraw after her past statements praising the Soviet Union and calling for the elimination of private banking came to light.