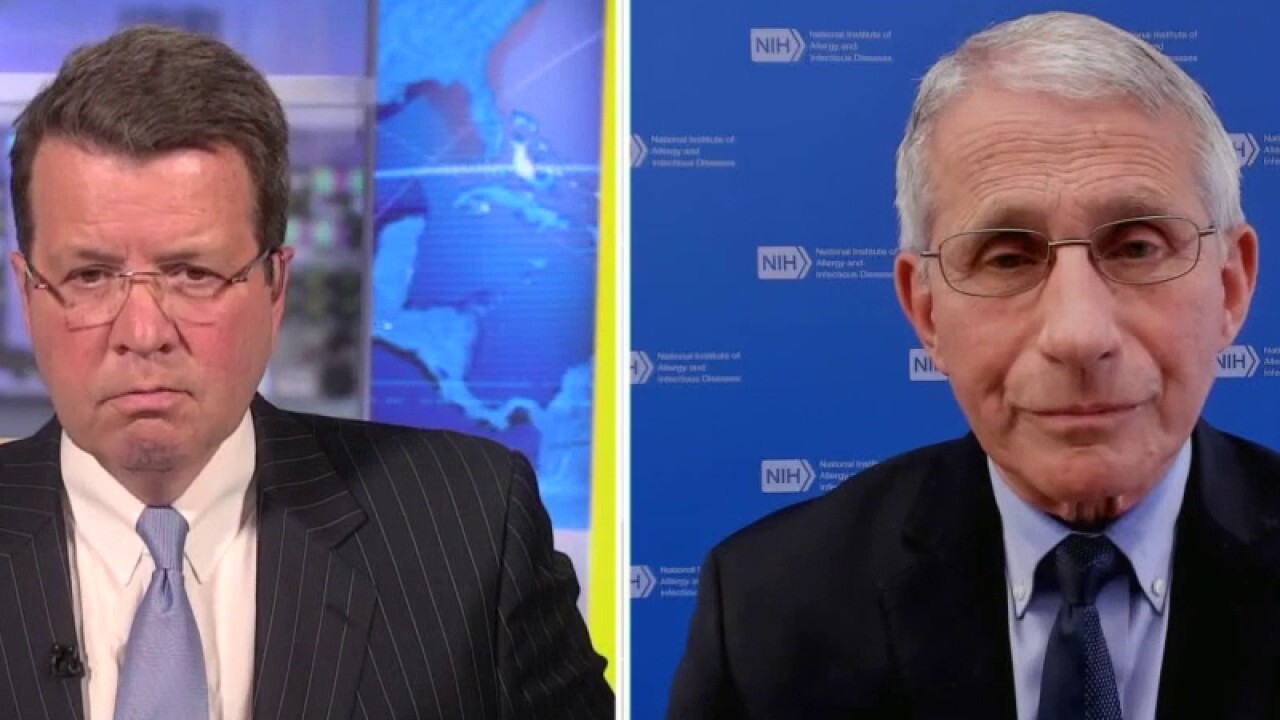 White House chief medical adviser Dr. Anthony Fauci pushed back Friday on various criticisms directed at him by lawmakers, former federal officials and others during a wide-ranging interview on “Your World“.

Fauci, 80, told host Neil Cavuto he doesn’t understand why people see him as a partisan figure when his job is to help develop medical responses to viruses like COVID-19.

“You know, Neil, I’ve been a symbol to them of what they don’t like about anything that has to do with things that are contrary to them, anything outside of their own realm,” he said.

Fauci recently sparred with Sen. Rand Paul, R-Ky., on the topic of vaccinated people wearing masks. Paul specifically accused Fauci of engaging in “theater” by wearing a mask after he had been vaccinated.

Navarro also accused Fauci of “allow[ing] the Chinese Communist Party” to engineer a virus because of his support for funding of the Wuhan laboratory from which the virus may have escaped.

“It’s a little bit bizarre I would say … Peter Navarro saying I created the virus?” Fauci said. “Isn’t that weird? Come on.”

The National Institute of Allergy and Infectious Diseases director also pushed back, though less pointedly, against Sen. Lindsey Graham, R-S.C., who recently expressed concern that Fauci is ignoring the illegal immigration crisis at the border and its potential as a super-spreader event.

“Lindsey Graham … is a good person. I dealt with him very, very well over the years. You know, equating me with things that have to do at the border. I have nothing to do with the border,” Fauci responded.

“Obviously it’s a very difficult situation at the border. We all know that. The [Biden] administration is trying as best they can to alleviate that situation,” added Fauci, who noted that inspecting border facilities is not his responsibility.

“What do you think [about the contention] that you’re being very, very, very cautious to the point of making it impossible to come out of this?” Cavuto asked, citing concerns raised by Fox News medical contributor Dr. Marty Makary.

“Well, first of all, let me respond to one thing that that person is saying that he’s just completely misunderstanding,” Fauci responded. “When he said I talk about herd immunity [and that] I’m only considering people that [are] vaccinating. That is completely incorrect. When you talk about herd immunity, which is an elusive concept because we don’t know what that percentage is, it’s a combination of the people who have already been infected and very likely are protected, plus the people that get vaccinated. Those are a group of people which together are individuals that are generally immune or protected.

“Regarding being too cautious, we want to make sure that when we make recommendations, we do it on the basis of the science … It is likely that, if you’re vaccinated, that you’re not going to spread infection if you get infected without any symptoms. There’s no doubt about that. I understand that as well as anybody else — But there’s studies that are coming online now that will definitively prove that.”

Another lawmaker, Sen. Marco Rubio, R-Fla., had said, according to Cavuto, that he respects Fauci but that he would caution against instructing the public on their daily life decisions.

“[Rubio said your] job is to inform the public but his job is not … to mislead or scare us into doing the right thing.”

“I have a great deal of respect for the senator. I’m not trying to scare anybody,” Fauci replied. “What we’re saying is we make recommendations based on scientific evidence and data … I don’t think anyone would consider me a scaremonger. I have never been that way at all.”

“If you’re not vaccinated, it’s risky. You should limit travel,” Fauci said. “Obviously, a lot of people have to travel for quite good reasons. If you do and you’re going to do that, make sure you follow all the guidelines of safety and public health considerations: Wearing a mask, avoiding communal settings. While at the airport, don’t congregate around people.”

“When there’s surges of travel, we see surges of infection.”