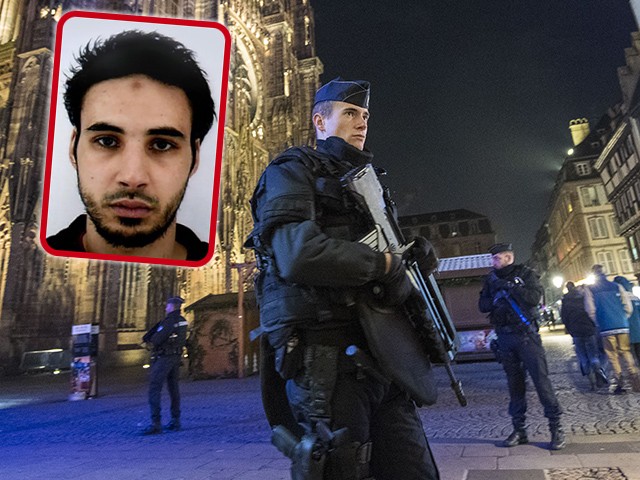 PARIS (AP) — The man described as the father of the 29-year-old suspect in this week’s deadly Christmas market attack in Strasbourg says his son subscribed to the beliefs of the Islamic State group.

The interview with Abdelkrim Chekatt by the state-run France 2 television channel was shown Saturday night, two days after the son was killed in a confrontation with three police officers in his childhood neighborhood in Strasbourg following a massive manhunt. Four people died in the Tuesday night attack. A dozen others were wounded.

The Christmas market in the eastern city of Strasbourg, seat of the European Parliament, is the largest in France. It reopened on Friday after being closed during the search for the suspect.

Chekatt said he had seen his son, Cherif Chekatt, three days before the attack but couldn’t contact him while he was on the run.

He acknowledged that his son backed the IS group.

“He’d say, for example, that Daesh, fights for the just cause and all that,” the red-bearded father said, using the common term in France and elsewhere for the Islamic State group.

The interview, initially outdoors with the father, continued briefly inside with Cheriff Chekatt’s mother, Rouadja Rouag, who expressed shock and sorrow for the deaths. France 2 said the couple had been divorced for a long time.

Abdelkrim Chekatt, a French-Algerian, said he’d tried in the past to dissuade his son from backing the Islamic State, saying, “You don’t see the atrocities they commit.” The son would reply that “it’s not them,” the father said.

Shortly after Chekatt’s death, the Islamic State group’s Amaq news agency claimed he was a “soldier” of the group. French Interior Minister Christophe Castaner rejected the claim as “totally opportunistic.”

Delingpole: Why Can’t We Go to Christmas Markets without Worrying about Being Killed? https://t.co/ANKfk8Wu0K

The father and mother and two siblings of the suspected killer were among seven people held for questioning. French media reported that the family members were released. The three others, still in custody, are unrelated but close to Chekatt.

The young Chekatt had been on a French intelligence watch list for radicalism and was convicted 27 times for criminal offenses — the first time at age 13 — mainly in France but also in Germany and Switzerland. Investigators are trying to determine whether he had accomplices or logistical support.

The father said he went to police of his own accord and on a suspicion the night of the son’s rampage with a handgun and a knife.

He said he told police that “if ever you locate Cherif, tell me. I’ll go to him and try to reason with him to give up.”

He also said that if his son had told him about a project to kill “I would have denounced him, and he wouldn’t have killed or been killed.”