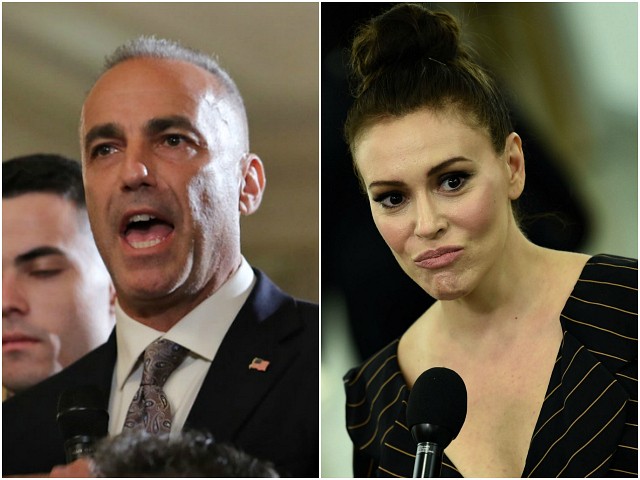 Blaming the NRA for the Parkland school shooting was immediately in vogue once news of the horrific incident was reported. Alyssa Milano took numerous opportunities to call out the NRA in the months after the shooting, including the run-up to the August 4, 2018, “March on NRA” event in Fairfax, Virginia:

Milano is also a member of the No Rifle Association Initiative, an organization launched to defeat the NRA.

On October 1, Pollack sent a tweet with the intent of letting Milano know the NRA has no blame in his daughter’s death:

.@Alyssa_Milano in her speech in Parkland blamed the @NRA for the shooting that killed my daughter. She needs to learn her facts before she speaks

Breitbart News reported that surveillance video from outside the specific classroom building in which the attack occurred appears to show Peterson standing there while the shooting took place inside. Broward County Sheriff Scott Isreal said Peterson arrived at Marjory Stoneman Douglas High School’s Building 12 roughly 90 seconds after the attack began and allegedly waited outside until the attack ended some four and a half minutes later.