First Lady Melania Trump was New York City chic in custom designer duds on Tuesday as she traveled with President Trump to the United Nations headquarters and their second home at Trump Tower in midtown Manhattan.

Mrs. Trump paid homage to her home of Manhattan, where she and the president lived before his election victory in 2016, rocking two all-black custom designed ensembles while in New York City. Black in fashion is often associated with New York City’s fast-paced lifestyle and is the color of choice for fashion insiders and luxury designers.

For her look at the United Nations headquarters, Mrs. Trump wore a custom Christian Dior shirt dress that she cinched with a thin leather strap belt, also by Dior. The former model previously wore the leather belt with the ivory Dior suit that she wore to greet Queen Elizabeth II while aboard in England. 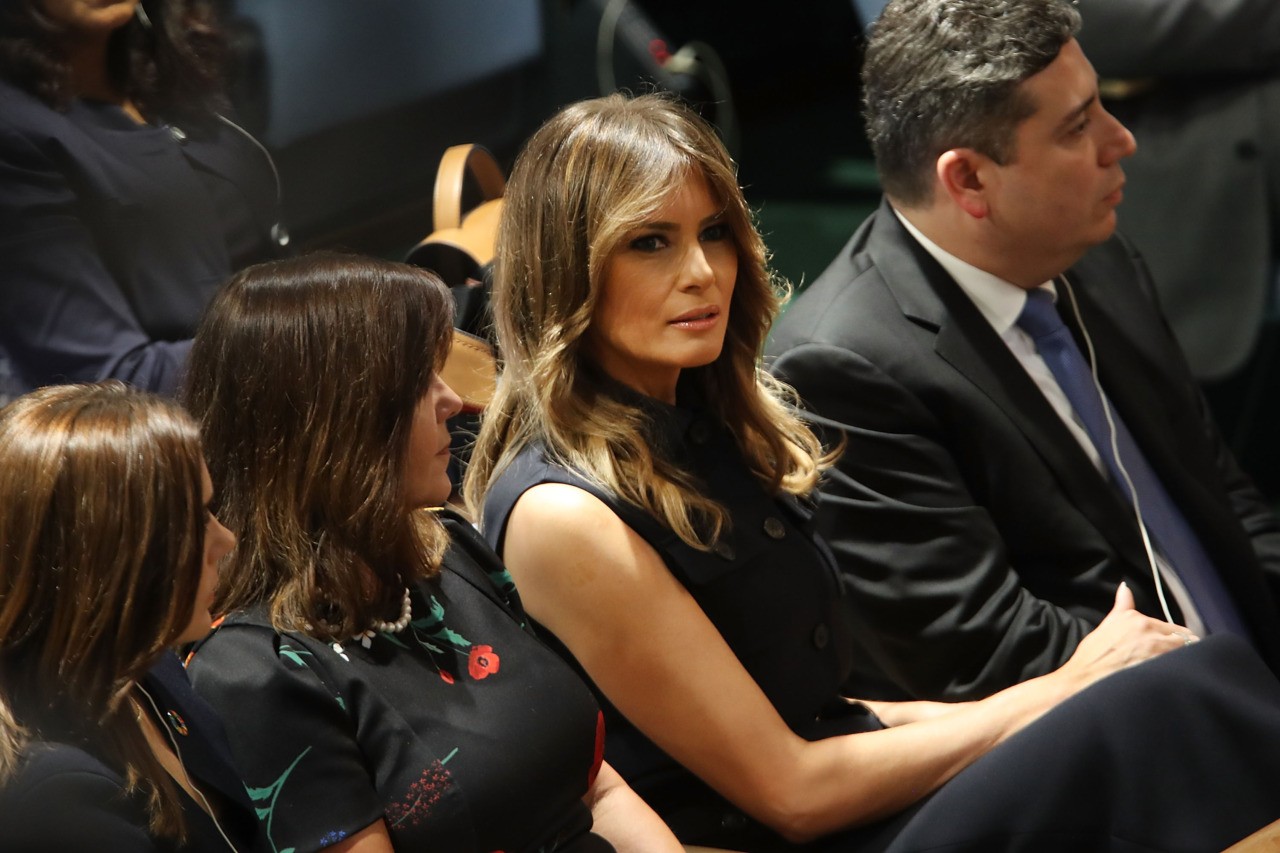 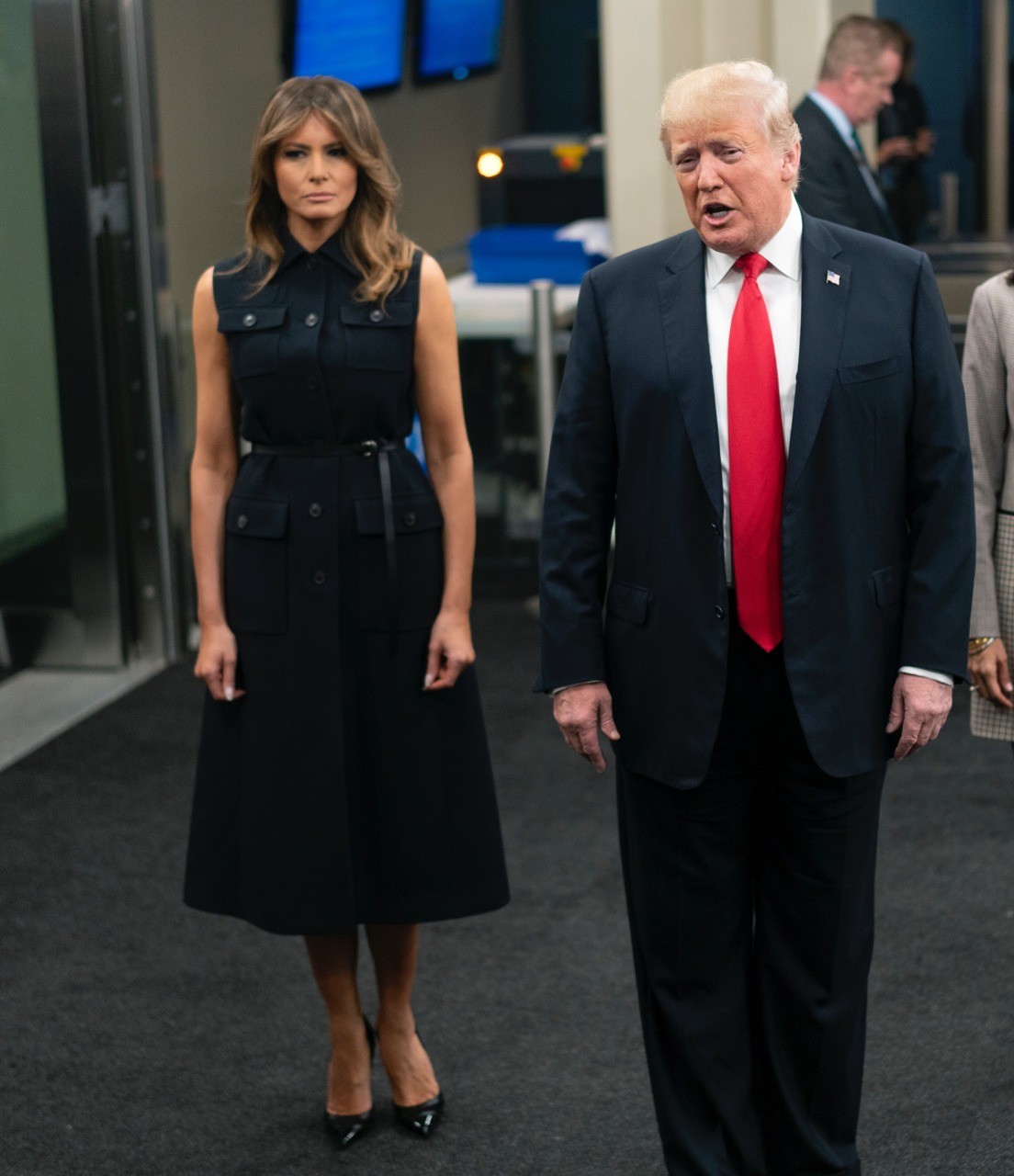 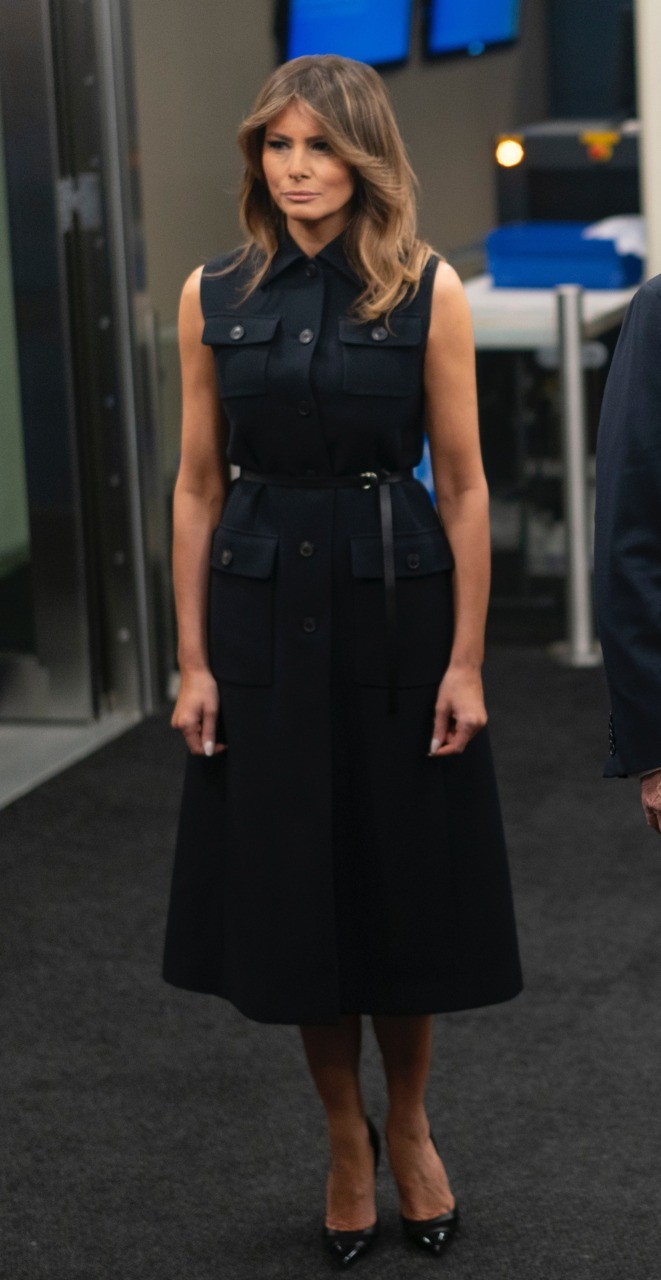 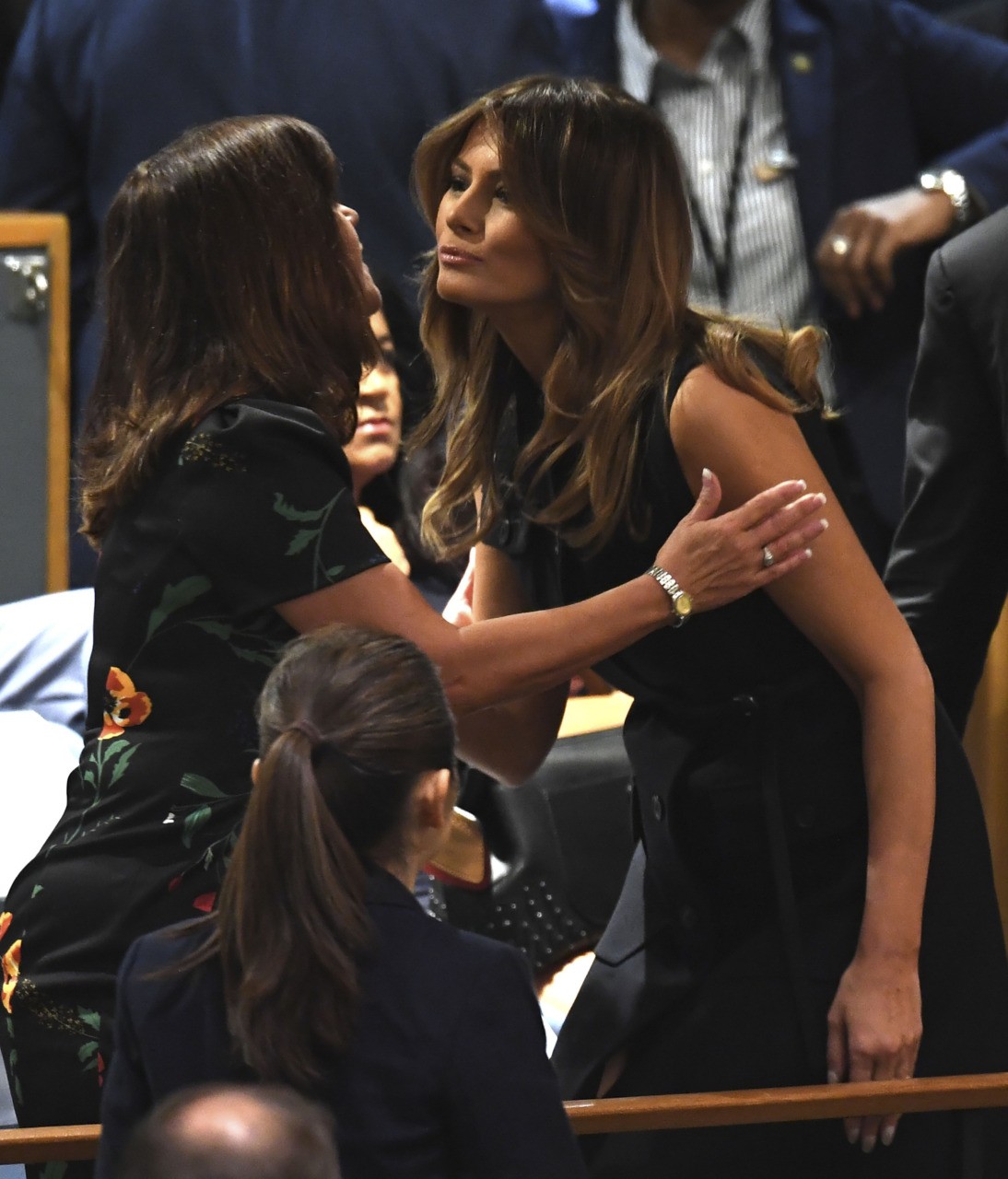 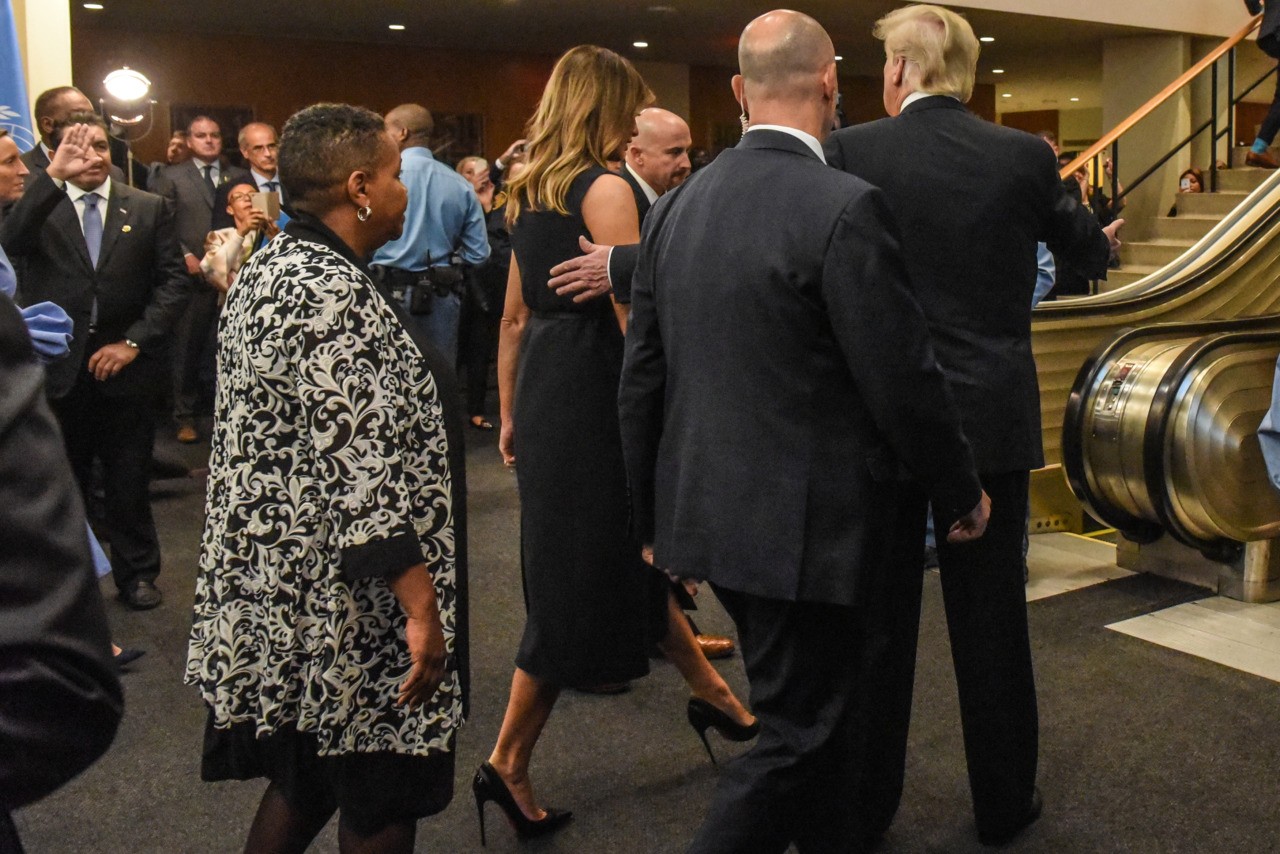 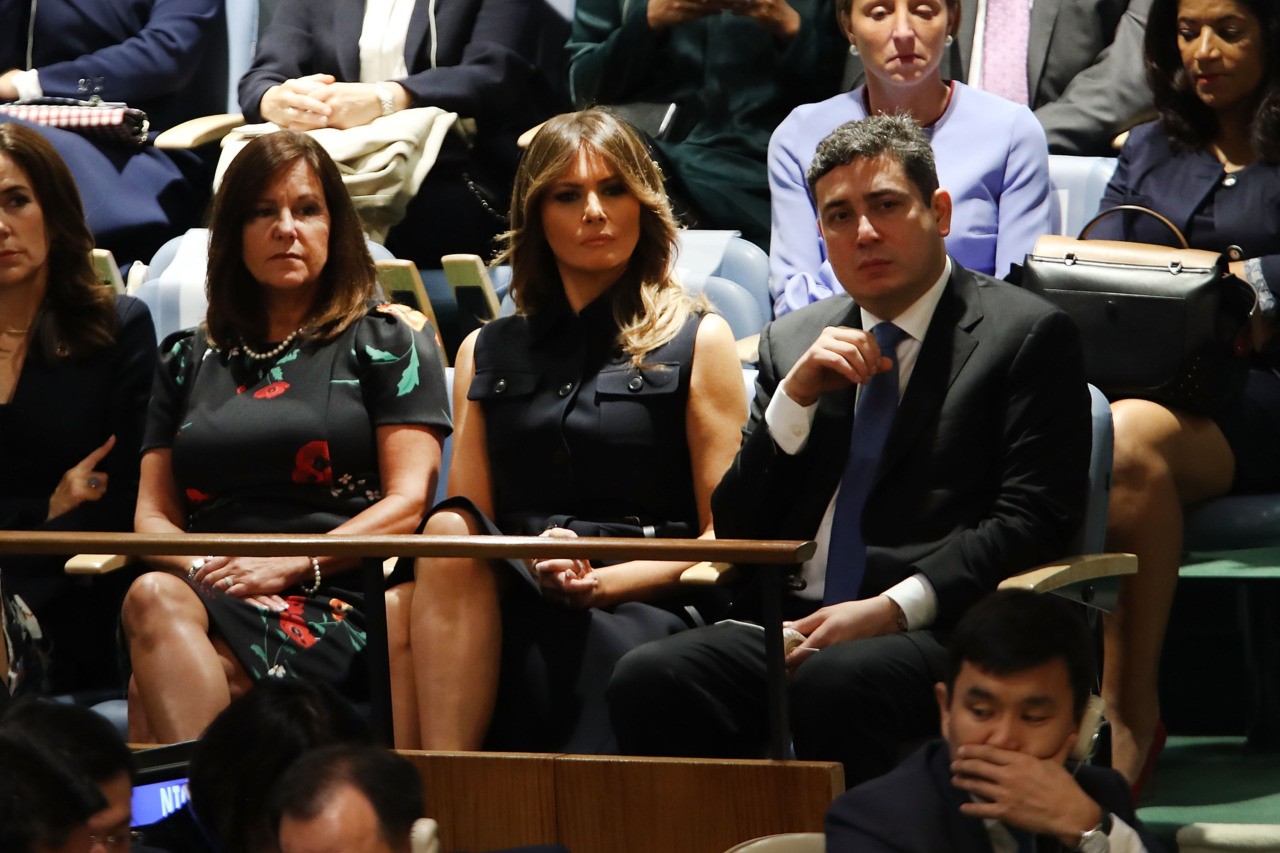 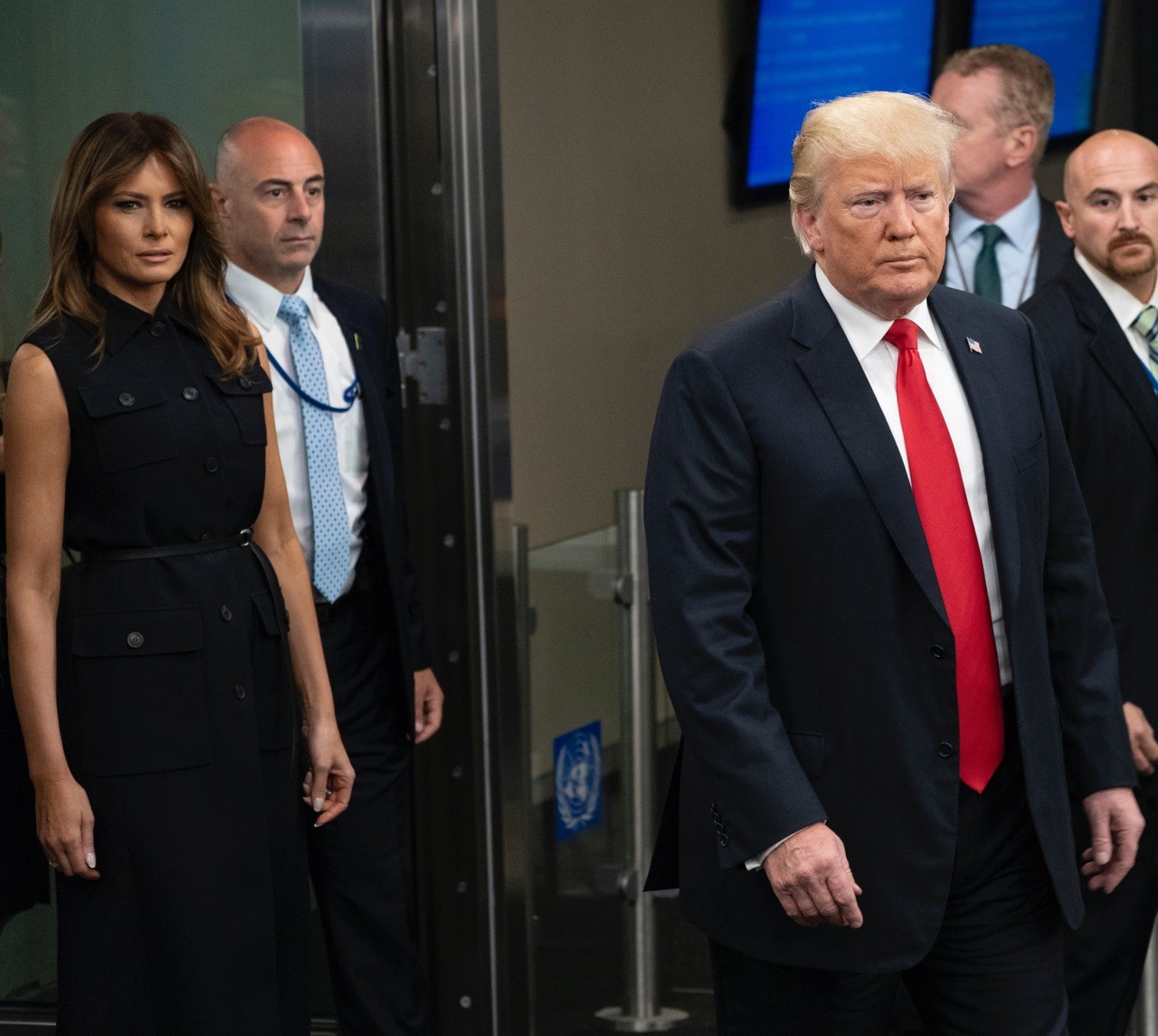 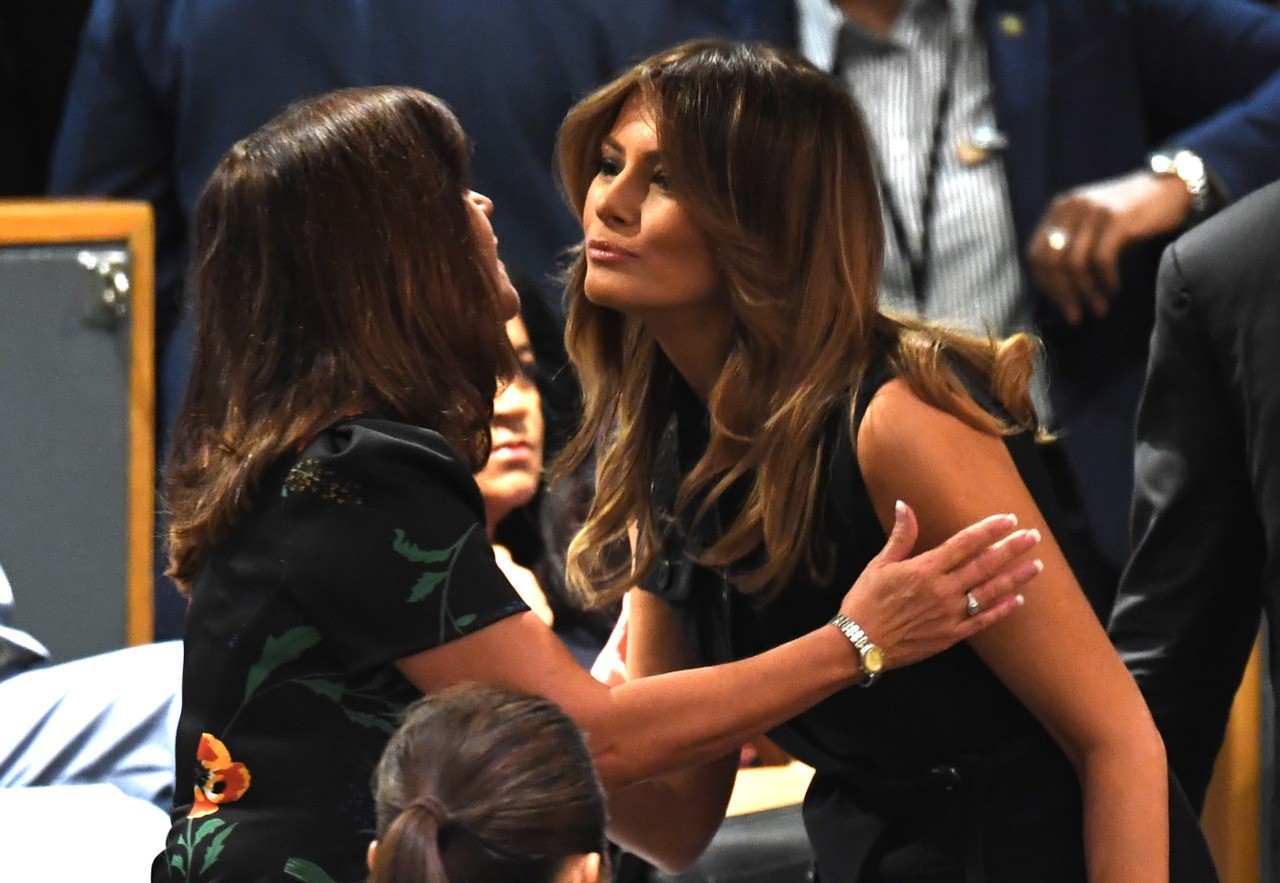 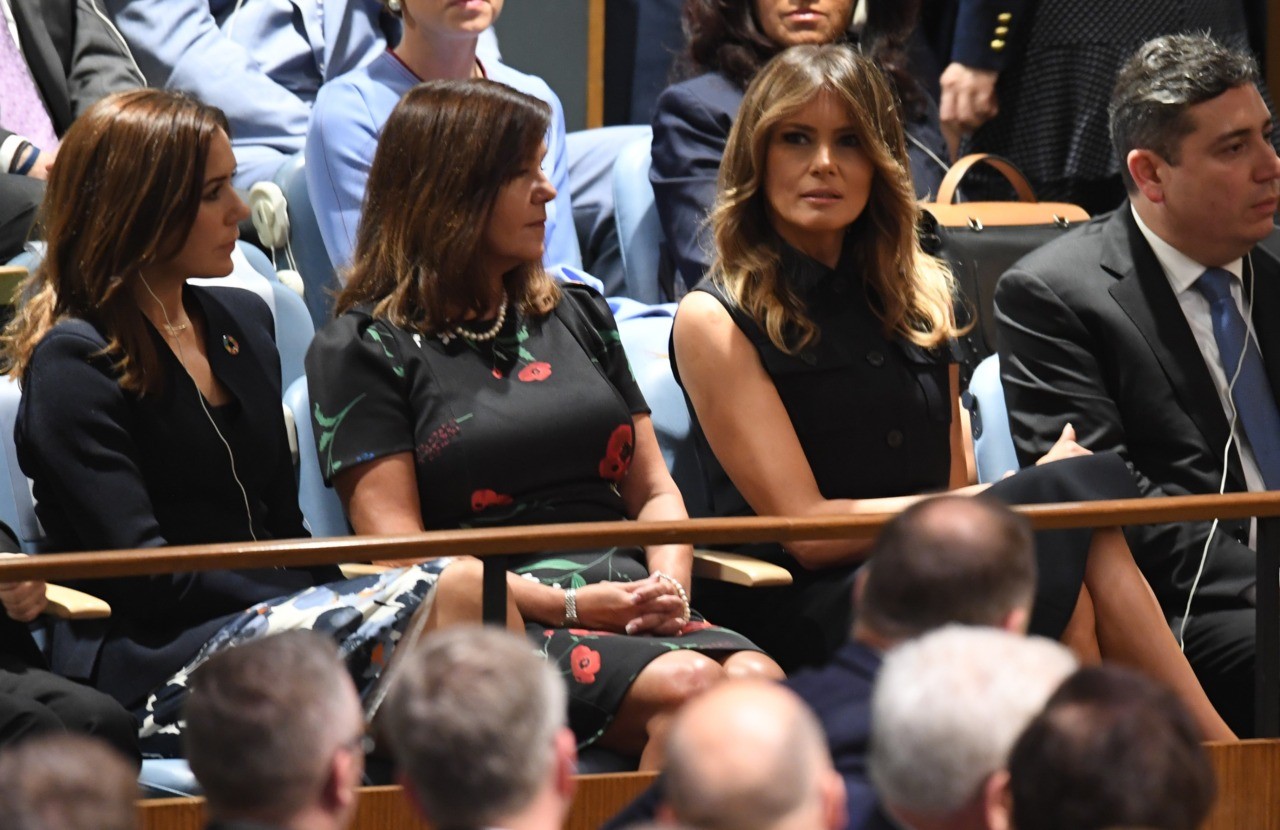 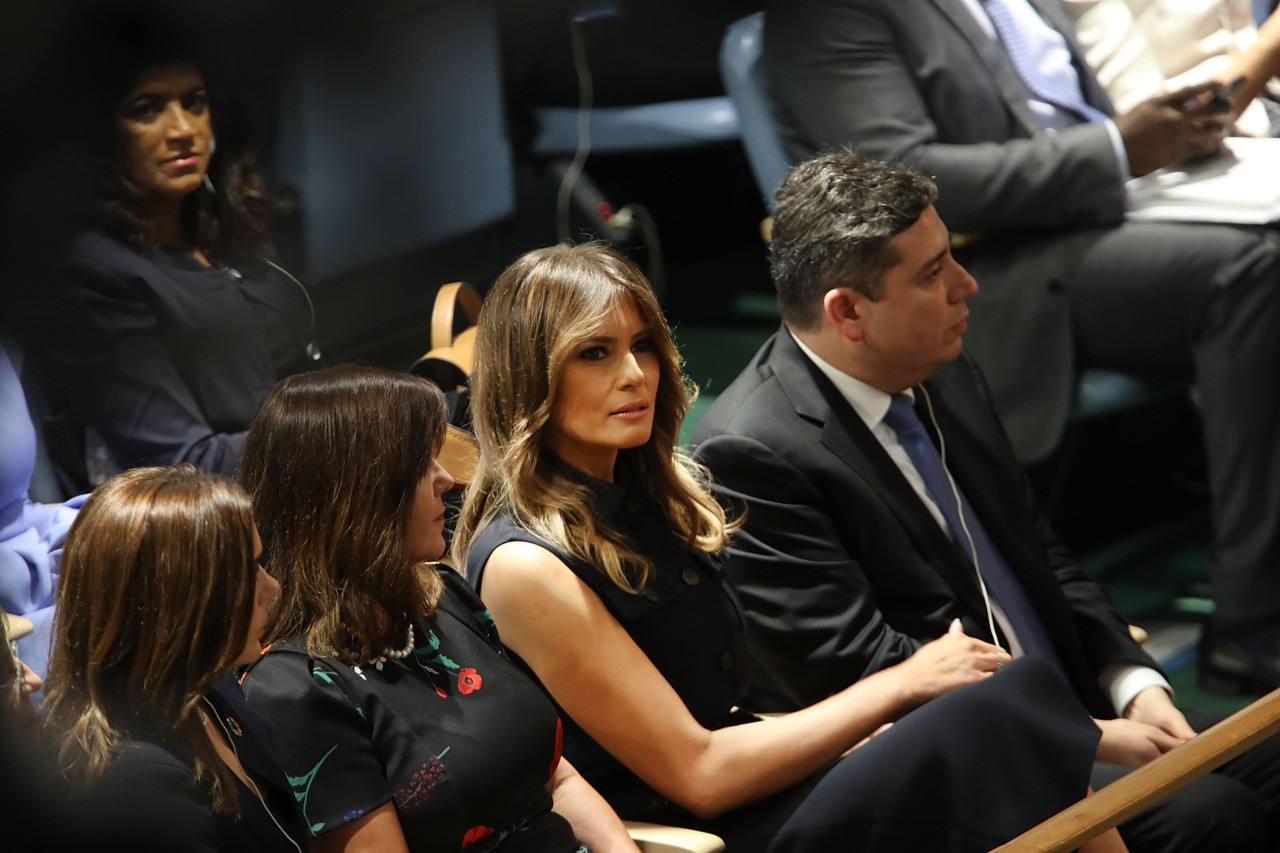 “Nothing better than a good black dress,” Pierre wrote of the ensemble on Instagram.

The sleek Hervé Pierre dress, which features a black satin belt, was paired with Mrs. Trump’s signature black suede Manolo Blahnik stilettos. The First Lady has the suede pump in just about every color to match every outfit.

The Manolo Blahnik stilettos retail for about $625 at Neiman Marcus. 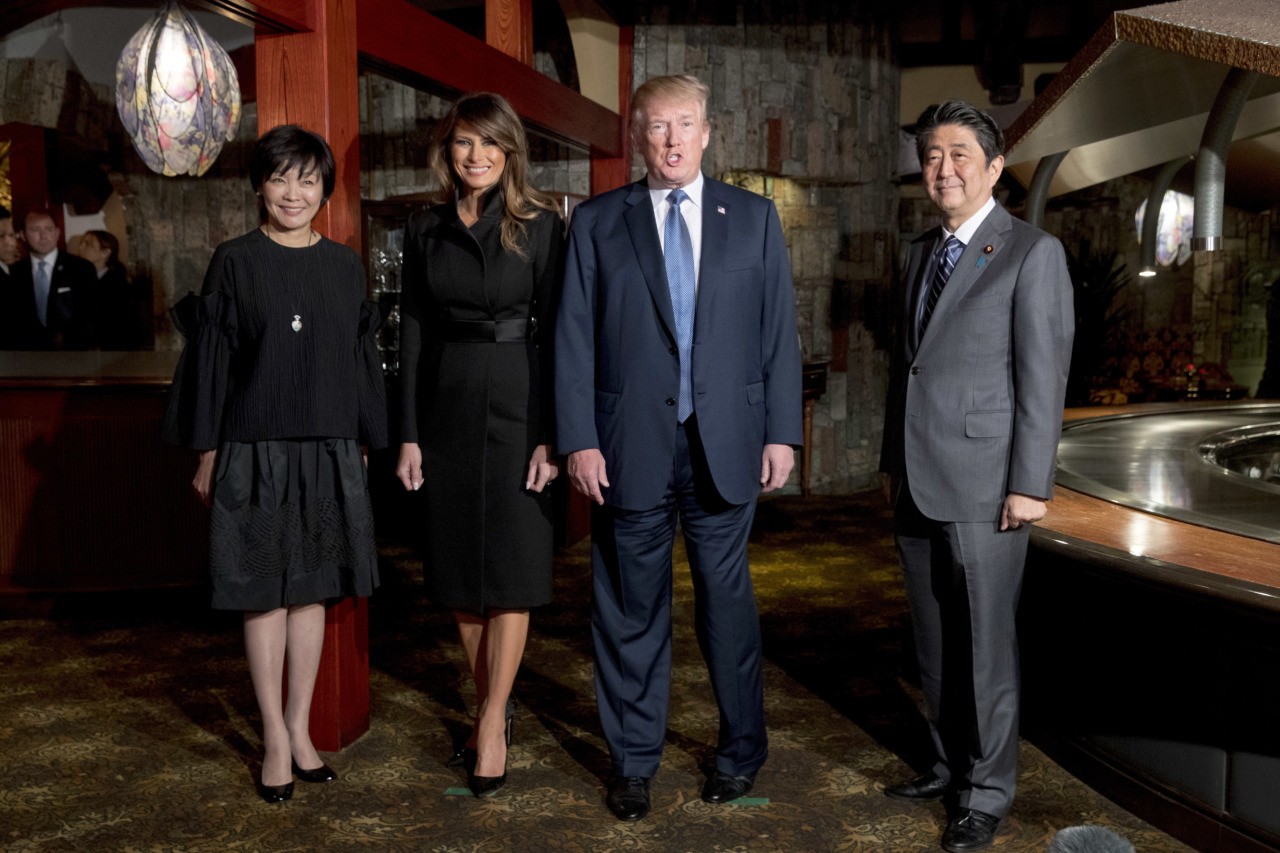 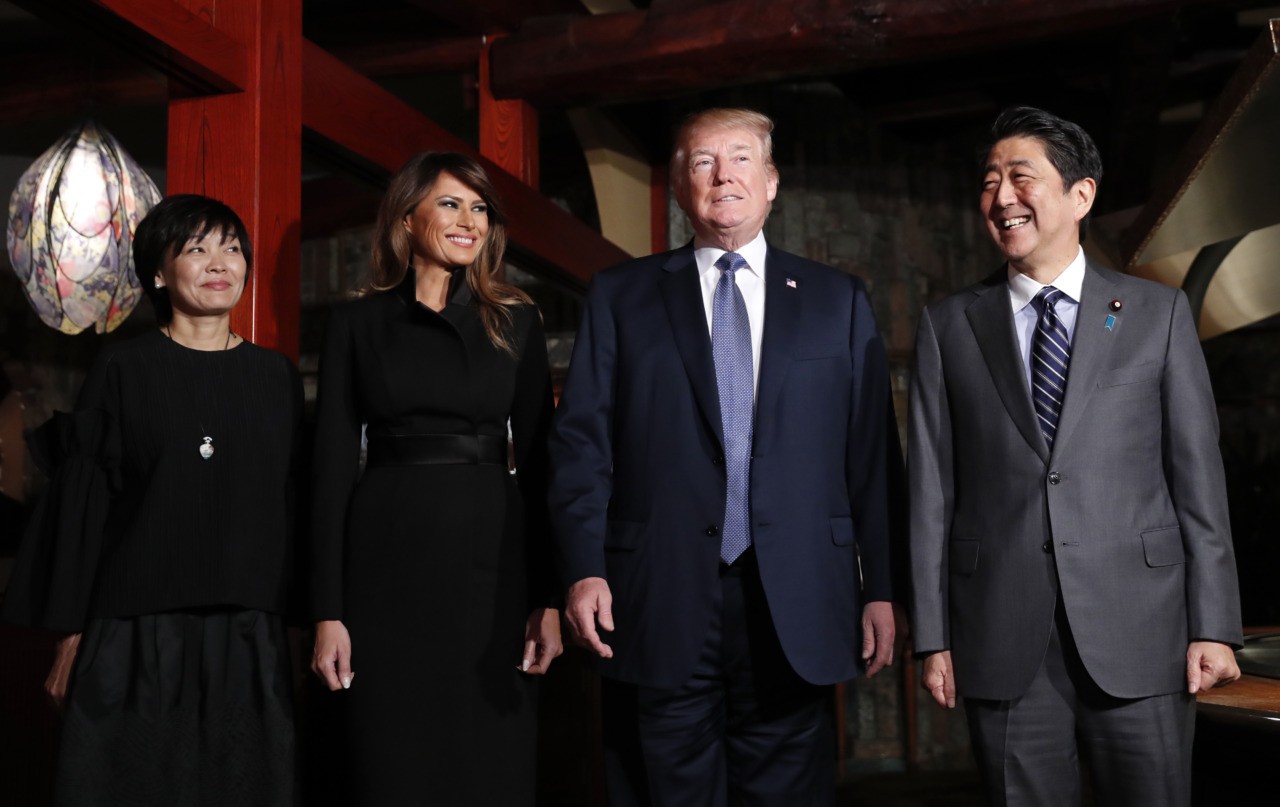