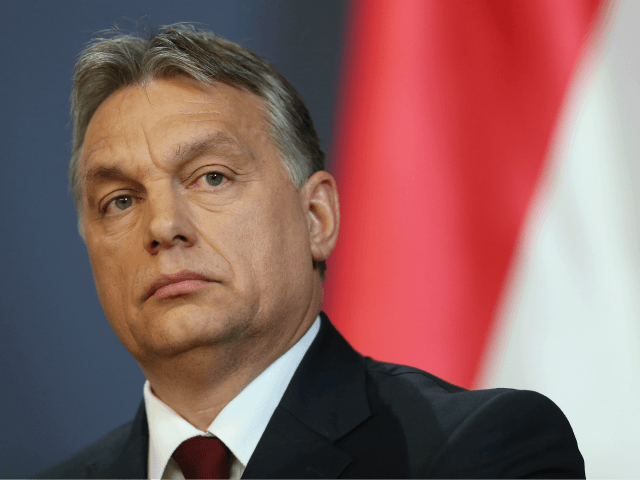 Brexit architect Nigel Farage has said that Hungary’s Prime Minister Viktor Orbán represents “the future of Europe” and predicted the EU will become more focused on nationhood, rejecting the domination of Brussels.

“He actually believes in things. He does not sheepishly, slavishly go along with the European project as he firmly believes in the concept of the nation state,” the Brexit Party MEP said in an interview with VáslaszOnline.

“He clearly is a strong defender of, as he sees, the Hungarian culture and he is not afraid to say and do these things despite huge criticism from the European Union.”

The British politician also backed Mr Orbán on his condemnation of political interference by open-borders advocate George Soros’s, whose “influence,” Mr Farage said, “is all across the Western democracies.”

This is not the first time the MEP has openly condemned the speculator-philanthropist, having denounced 226 fellow MEPs identified by leaked documents as “reliable friends” of Soros on the floor of the European Parliament in 2017, and exposed Guy Verhofstadt MEP for “lobbying on behalf of Mr Soros… in a battle that is going on with Viktor Orbán.”

The politician raised the issue of the EU’s legal actions against Hungary and Poland for their failure to adhere to the bloc’s progressive “European values.”

The bloc is using Article 7 of the Lisbon Treaty to attempt to punish Hungary over its laws against supporting illegal migration and Poland for its judicial reforms. The mechanisms of Article 7 could result in both countries being sanctioned or losing voting rights.

There is “a lot of Communism alive” across much of the former Soviet bloc, Mr Farage said, and “leaders in Hungary and in Poland are trying desperately to get rid of those old legacies.”

Mr Farage equated the Soviet Union to the European Union — however, noting that “at least this one did not kill people” — and when asked whether, when he looked from his European Parliament office window in Strasbourg if he saw the same kind ‘oppressed people’ that existed under Communism, he replied, “I can assure you when you go into Article 7 procedures, you effectively are not free people.”

“Do I see Orbán as a little authoritarian monster?” Mr Farage asked rhetorically. “No I do not. He represents much more the future of Europe.”

“Europe is going to become very much less focused on the EU and Brussels and very much focused on the nation states and national interest and that is the whole drift and change of politics in Europe,” Mr Farage predicted.

Prime Minister Orbán, Italy’s Deputy Prime Minister Matteo Salvini, and France’s Marine Le Pen have pledged to take on globalism and form a freedom front ahead of the European Parliament elections, with the European Council on Foreign Relations predicting that populists could win a third of the seats.

The Soros-founded think tank lamented that “the vote could see a group of nationalist anti-European political parties that advocate a return to a ‘Europe of the nations’ win a controlling share of seats” and “in the longer term” they could “paralyse decision-making at the centre of the EU,” stopping the bloc’s progress towards a European superstate.