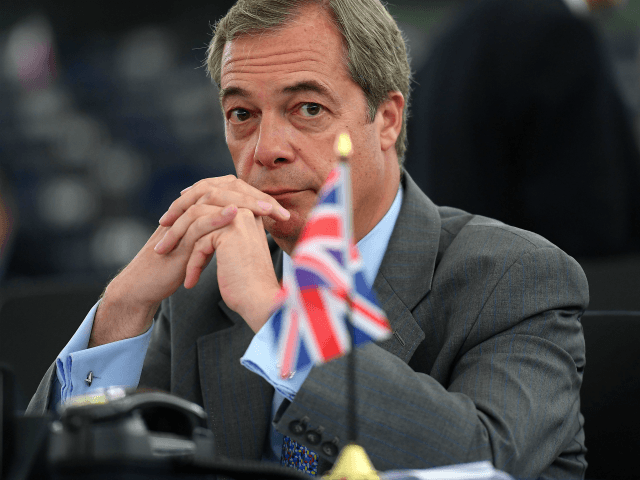 “We’ve got to start teaching history properly”, said Nigel Farage on Friday, his latest remarks in a week where he has taken on the iconoclast campaign to delete history head-on.

Mr Farage’s comments came on talkRadio on Friday morning, less than 24 hours after his own daily talk show on rival station LBC was allegedly cancelled at zero notice over his criticism of the Marxist agenda being pushed via the Black Lives Matter cause in the UK. Calling out ignorance of Britain as an often positive force in world history as a contributing factor to the lack of opposition to iconoclasts seeking to destroy statues and monuments, Mr Farage said it was time to start teaching history “properly”.

Articulating his belief that the Black Lives Matter movement in the UK had quickly moved on from being about police brutality in the United States to a push to erode race relations in Britain and British identity overall, the Brexit leader said: “I really think this is now about a lot more than George Floyd, and the appalling manner of his death. This is now an all-out attack on our nation, its symbols, our heritage. It is an attempt to completely make all of us feel ashamed of who we are and what we are.”

Between 1808 and 1860 over 150,000 people were liberated from the slave trade by the West Africa Squadron. #BlackAndBritish pic.twitter.com/FyRTtk5yit

Mr Farage distinguished between the slogan “Black Lives Matter”, praising it as laudable when taken on face value and saying he supported equality of opportunity, and the organisation behind it, which has explicitly endorsed hard-left aims — including disestablishing the police force.

Understanding of this important difference was poor, he said, because young people were not being told the truth “by anybody about what this organisation represents”.

Speaking to talkRadio host Mike Graham, Mr Farage said the poor grasp of history meant many in Britain didn’t know the nation had not only abolished slavery in its own territory in the 19th century, but had used its military power to force others, including European empires and African kingdoms, to do the same:

I think particularly for some of the young people we were talking about earlier, we’ve got to impress upon them there are aspects of our history that you may not like. But you can not judge the world 300 years ago by the values of today. What you can do is teach history correctly.

On slavery, we should be telling people ‘yeah, sure. We had a slave trade… the Romans had a slave trade, everybody had a slave trade’. But we were the one country, through the campaign led by William Wilberforce, not just to abolish the slave trade, not just abolishing the owning of slaves in this country and the colonies, but we actually used the Royal Navy to stamp it out across much of the rest of the world.

So we’ve got to start teaching history properly.

Mr Farage said young activists in the United Kingdom could benefit from looking to the post-prison leadership of Nelson Mandela, who founded the Mandela-Rhodes foundation to better the nation by learning from the past to improve the future, rather than erasing Cecil Rhodes from history as the later #RhodesMustFall campaign has sought.

“These are the positive arguments we’ve got to start making to our youth”, Farage said.

“The number of whites who were enslaved in North Africa by the Barbary pirates exceeded the number of Africans enslaved in the United States and in the American colonies before that put together.”