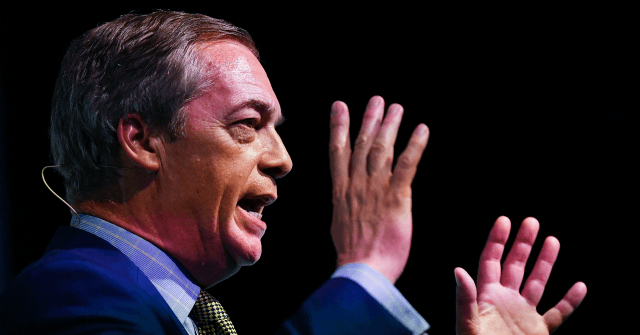 Brexit Party leader Nigel Farage has said that he plans to send his own trade delegation to the U.S. as he does not believe the British government has done “any serious work” on a post-Brexit bilateral trade deal “at all”.

Mr Farage told the U.S. edition of the Daily Mail on Wednesday that in the coming weeks he would be approaching business leaders and putting together “a small panel of industrialists, dealmakers, people who’ve been involved in business at a senior level” to send to the United States.

“I intend to request a visit to go and see [U.S. trade representative] Bob Lighthizer and to have a conversation,” Mr Farage said, adding that “if we have to independently, as the Brexit Party, set up a blueprint for what needs to be done, we will.”

Mr Farage went on to explain that the United Kingdom had become “paralysed” in its negotiations with Brussels, meaning that it was not possible for London to discuss future Free Trade Agreements with Washington D.C.

The Brexit architect remarked that “nobody from our Trade Department has given me any indication that any serious work has been done at all” and expressed concern about “how much work America has done, and how little we’ve done”.

Trump: UK Will Have ‘Phenomenal Trade Deal’ with the U.S. After Brexit https://t.co/gNZYeF6Jki

Mr Farage made similar comments on Tuesday on his LBC radio show after meeting with President Donald Trump, who was in the UK earlier in the week for a State Visit, remarking that “the Americans are very, very prepared for their side of the negotiation” whereas the British were not.

“I was left with the impression we were behind the curve in every way,” Mr Farage said, suggesting that “Perhaps after all these years as members of the European Union, we simply don’t have people who are competent trade negotiators because it is all being done for us by somebody else?”

Speaking to The Times ahead of his State Visit, President Trump praised his friend Nigel Farage as a “very bright person” who should be engaged with the British government on the negotiations with the EU.

After the Brexit Party won in the European Parliament elections last month, Mr Farage offered his and his MEPs’ services to the Tory-led government in dealing with the EU — but the majority of candidates in the leadership race to replace Theresa May have insisted they would not work with Mr Farage.

On the present Tory government’s refusal to work with Farage, President Trump told the newspaper of record: “I think it is a mistake. He has a lot to offer.”

“They won’t bring him in. Think how well they would do if they did. They just haven’t figured that out yet,” he added.

President Trump has said since his run for the presidency that he wants to make a bilateral trade deal with Britain, which he said during his State Visit could double or triple the trade between the two countries.