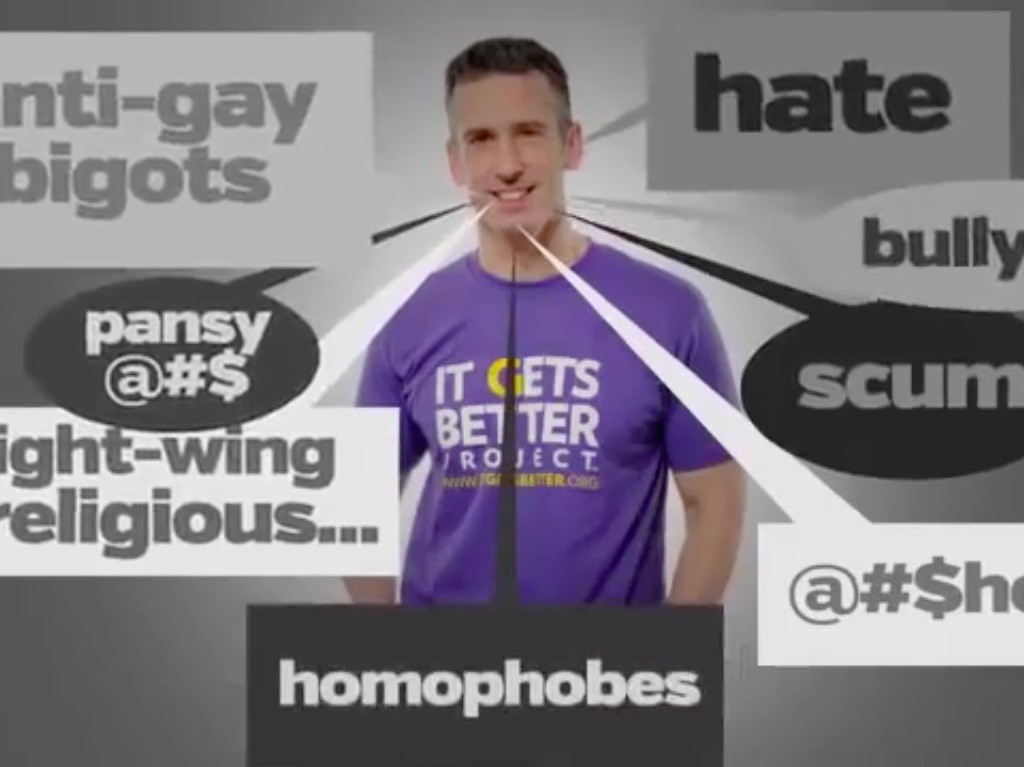 The Family Research Council is a socially conservative organization that aims “to advance faith, family, and freedom in public policy and the culture from a Christian worldview.”

Savage, who runs an anti-bullying organization to help LGBTQ teens, became a bully himself in 2012 when he bashed Christian teenagers and the Bible.

Casten, who is challenging incumbent Rep. Peter Roskam (R-IL) in the 6th congressional district of Illinois, told the local Daily Herald in February that Savage was the “current leader who most inspires” him. He defended that choice to the Wall Street Journal earlier this month, praising Savage for turning conservative Rick Santorum’s name into a sexual slur.

And in a recent debate with Roskam, Casten said that “I will stand to this day” with Savage against criticism.

Social conservative groups began to respond, urging voters in the 6th district to vote for Roskam over a candidate who supports Savage. The Chicago Tribune reported last week that Casten’s support for Savage “became an issue in [the] suburban congressional race.”

Now, the Family Research Council’s political action committee is weighing in, with a new ad aimed at voters in the district.

In a YouTube video, Casten is shown repeating a line from the debate: “The person I embraced — and I will stand to this day — is Dan Savage.”

The video shows Savage’s most offensive comments, along with footage of the incident when he bullied high school students.

Congressional candidate Sean Casten says he “embraces” and “stands” with Dan Savage who is best known for his vulgar and bullying attacks against people of faith.  Savage has even advocated for violence and said he wished Republicans “were all [expletive] dead.” It’s disturbing that a candidate for U.S. Congress would give a platform to Savage’s extreme views.  This video is Dan Savage in his own words.  Sean Casten embraces Dan Savage — and as the video says, it’s now up to voters to decide who they will embrace on Election Day.

The race for the 6th district is considered very close, with just a week left before Election Day.