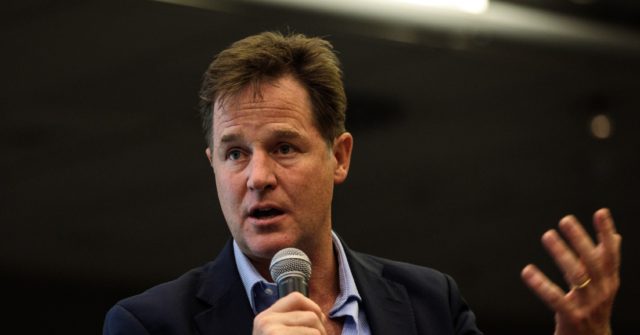 This will mean that the former head of Britain’s Liberal Democrats and one-time Deputy Prime Minister of the United Kingdom will now be reporting directly to Mark Zuckerberg in his role at the corporation.

According to a post by Mark Zuckerberg on Facebook, Sir Nick — who joined the company in 2018 as its Vice President of Global Affairs — will now be responsible for leading Meta on all “policy matters”.

“For the last three years, Nick has managed some of the most complex issues our company faces — including content policy, elections, the establishment of the Oversight Board, and more,” Zuckerberg wrote, praising the ex-Lib Dem leader.

“As Nick takes on this new leadership role, it will enable me to focus more of my energy on leading the company as we build new products for the future, and it will support Sheryl as she continues to focus on the success of our business,” he continued.

Responding to the online post announcing his promotion, Sir Nick expressed his enthusiasm regarding the promotion.

“I am delighted to be asked to take up this new role,” the failed politician wrote in the post’s comment section. “Our company is at an important inflection point and we face numerous opportunities — and challenges — ahead.”

“Our existing, and future, products will continue to be a subject of intense societal interest and debate,” he continued.

Clegg — an avowed anti-Brexiteer who has previously denounced what he reportedly called the “axis of aggressive nationalism” — has been failing upwards ever since being booted from Parliament by British voters in 2017.

While having previously been seen as an electoral sweetheart ahead of Britain’s 2010 General Election, once in office as Deputy PM things went very quickly downhill for the left-liberal, as the Conservative-led coalition government implemented a swathe of cuts in the hopes of dealing with the ongoing 2008 financial crisis.

A particular low point during his time in government was when his party voted to triple university tuition fees, despite Sir Nick having previously toured British campuses with a signed pledge to vote against any rise in fees.

This political disaster led to the Liberal Democrats publishing a video in which their leader apologised for the move.

“It was a pledge made with the best of intentions,” Sir Nick said in the video. “But we shouldn’t have made a promise we weren’t absolutely sure we could deliver.”

The video was summarily ridiculed online, with an autotuned remix posted in 2012 having since been viewed nearly 3.7 million times.

Clegg failed utterly on tuition fees. Political failure on an industrial scale. It was a pledge not just a policy. pic.twitter.com/s4CXJCDMFA

Sir Nick has not freed himself from scandal since joining Facebook either, becoming what appeared to be Zuckerberg’s fall guy within the company since he joined up in 2018.

He was also allegedly involved with a decision to censor a controversial New York Post article from being circulated on the Facebook platform during the U.S. presidential election in 2020, the content of which was damaging to the Biden campaign.

The Liberal Democrat leader had previously acted openly against then-U.S. President Donald Trump, joining an anti-Trump protest when the U.S. President visited the United Kingdom in 2018.

“He dislikes everything I believe in and believes in everyone I dislike!” Sir Nick declared when denouncing the 45th President of the United States.