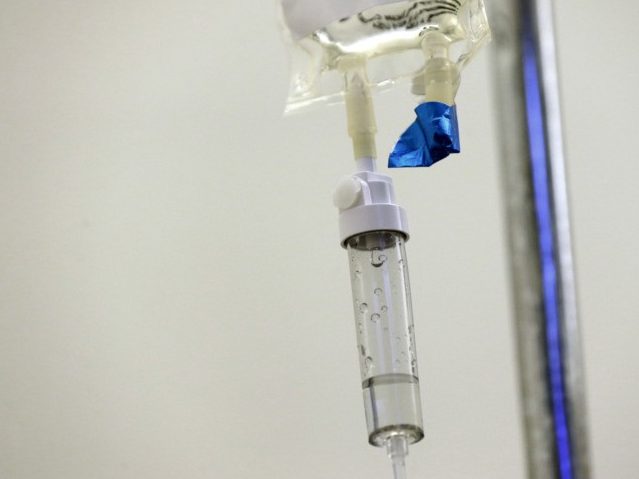 China sentenced a man named Luo Ping to six years in jail on Monday for pretending to be a doctor and sexually assaulting a sedated female patient.

According to the South China Morning Post (SCMP), Luo managed to get a job at a hospital in Sichuan province in 2016, using a fake ID and phony medical license. He got away with pretending to be a doctor until May 2017, when he took charge of a female patient who sought treatment for severe body odor. Luo reportedly sedated the women and raped her while she slept.

“When she woke up, the woman realized what had happened and tried to call the police, but Luo took her phone and attempted to negotiate with her. The woman refused and ran out of the room to get help, while Luo fled, dumping his phone and uniform in a rubbish bin outside, according to the report,” the SCMP reported.

Chinese social media users were outraged by the relatively light sentence Luo received, which included a fine of less than $600 U.S, especially since China has been experiencing a rash of medical scandals over the past few years, including a number of actual doctors accused of raping and molesting sedated patients. A particularly egregious example from 2016 saw a doctor allegedly touching schoolgirls inappropriately while giving them routine physical exams.

Chinese lawyers have explained these crimes are difficult to prosecute because there is often a shortage of physical evidence or eyewitness testimony, which will strike many unhappy Chinese citizens as another indictment of their poorly-supervised medical system.

Foreign Policy (FP) in April explained that politicized Chinese medicine produces so many ethical scandals because a serious bioethics movement has only existed in China for about 20 years, the bureaucracy is more interested in Communist politics than medical practice, Beijing is desperate for historic breakthroughs, and corruption is rampant. FP reports:

In 2006, a large-scale investigation into the Chinese State Food and Drug Administration resulted in arrests and imprisonment of several of its highest officials for allegedly accepting bribes, including the administration’s Director Zheng Xiaoyu, who was ultimately executed. As with much of the anti-corruption effort in China, the crackdown started after dozens died due to unsafe drugs in highly publicized cases; the actual figures remain unknown.

And in medicine, as with much else in China, authorities will often evade laws that exist on paper if there are customers (or, in this case, patients) willing to pay. China long ago banned doctors from revealing the sex of embryos to patients, but the practice remains common and contributes to gender-based abortion. Another example is the clinical use of stem cells. The Chinese Ministry of Health classified stem cell treatments as “high risk” and banned its clinical usage without approval in 2009. However, a Nature investigation in 2012 revealed that despite increased regulatory clampdowns, stem cell clinics were still popping up across the country, charging patients thousands of dollars for unauthorized therapies.

“Authoritarian states naturally prioritize the strength of their own power, including the size of their economy, above all else; this runs contrary to, and inevitably undermines, the healing purpose of medicine,” Foreign Policy summarized. Naturally, authoritarian states also have little taste for high-profile prosecutions that make them look bad because they allowed unethical behavior to persist for years.

The New York Times (NYT) worried in November that China’s eagerness to bring foreign-educated Chinese doctors back home to practice their trades is weakening the standards for medical credentials, a concern voiced with greater urgency as the story of rogue scientist He Jiankui and his genetic editing of human embryos develops. According to the NYT:

Many scientists in China say the drive to succeed is so strong that they adopt a “do first, debate later” approach. Wang Yue, a professor at the institute of medical humanities of Peking University, said many scientists lacked awareness of medical ethics and of laws and regulations relevant to their fields.

“It is true that many scientists are very bold and think of science as their independent kingdom,” Dr. Wang said. “So they are not willing to listen to the outside world, including ethics committees and administrative agencies that want to supervise and review them.”

A series of vaccine scandals over the past year produced surprisingly energetic street protests against the Chinese government as public confidence in the regulatory system eroded.