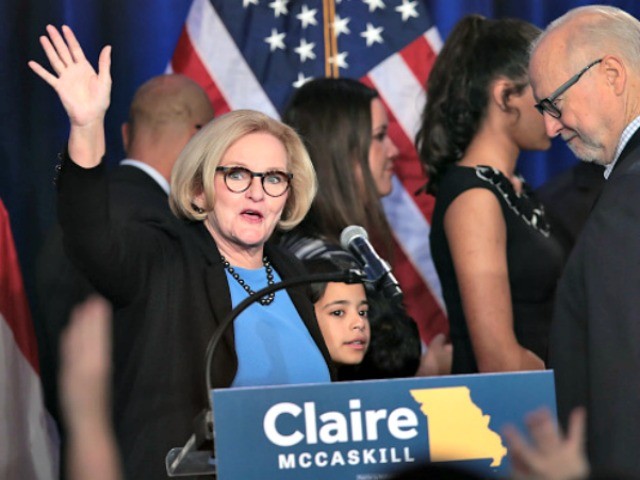 Sen. Claire McCaskill (D-MO), who voted against Supreme Court Justice Brett Kavanaugh, is now placing partial blame for her loss on the way Democrats handled the sexual assault accusations against Kavanaugh during his confirmation process.

McCaskill said in an interview with NPR:

I don’t think my vote [against Kavanaugh] hurt me as much as the spectacle that occurred.There were mistakes made by my party in terms of how that was handled. I don’t think that communication [from Christine Ford] to the judiciary committee should have been kept private as long as it was. The FBI deals with a lot of confidential information, and that would have absolved [judiciary committee ranking Democrat Dianne Feinstein] of the very real perception that this was an 11th-hour attempt to gut a guy.

In July, Sen. Dianne Feinstein (D-CA) received a letter from Christine Blasey Ford but did not share the letter until September amid the confirmation vote on Kavanaugh.

McCaskill also shared her thoughts on who she believed to be the least friendly in the Senate and accredited Susan Collins as being her best Republican friend in the Senate.

“There’s just a handful, I mean, you know, I mean I think Tom Cotton’s kinda rude. You know, he’s just not friendly,” McCaskill told NPR. “Ted Cruz has gotten more friendly. I think he’s kind of figured out that trying to be the lonely, pure, soldier for the Tea Party didn’t quite turn out the way he hoped it would.”

She added, “It’s probably very rude of me to name names, but you know…”

As McCaskill ends her time in office in December, she said her last day would “probably be the end of the week, like the 14th.”

Aside from voting against Kavanaugh, McCaskill also faced other battles as she ran for re-election.