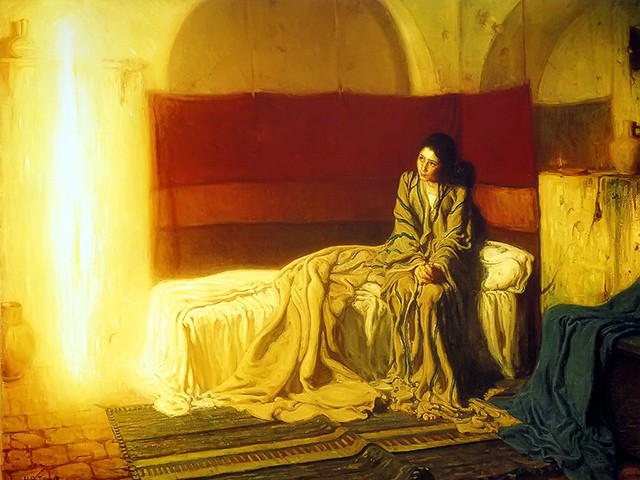 God the Father fell under scrutiny Monday when Minnesota State University associate professor Eric Sprankle accused the creator of the universe of impregnating the Virgin Mary, mother of Jesus, without consent.

Sprankle, who is a clinical psychologist at Minnesota State University, Mankato, suggested that the #MeToo movement should also be outraged over Christmas, stating, “The virgin birth story is about an all-knowing, all-powerful deity impregnating a human teen. There is no definition of consent that would include that scenario.”

The virgin birth story is about an all-knowing, all-powerful deity impregnating a human teen. There is no definition of consent that would include that scenario. Happy Holidays.

When another Twitter user challenged Sprankle’s assertion, stating that an angel clearly communicated God’s plan, to which the Virgin Mary agreed, the professor doubled down, calling God “predatory.”

”To put someone in this position is an unethical abuse of power at best and grossly predatory at worst,” he wrote.

Of course, a plain reading of the Biblical text refutes this interpretation of Jesus’ birth.

The first chapter of Luke shows Mary explicitly in agreement with the angel who foretells her pregnancy by the Holy Spirt (vv. 30-38, ESV):

And the angel said to her, “Do not be afraid, Mary, for you have found favor with God. And behold, you will conceive in your womb and bear a son, and you shall call his name Jesus. He will be great and will be called the Son of the Most High. And the Lord God will give to him the throne of his father David, and he will reign over the house of Jacob forever, and of his kingdom there will be no end.”

And Mary said to the angel, “How will this be, since I am a virgin?”

And the angel answered her, “The Holy Spirit will come upon you, and the power of the Most High will overshadow you; therefore the child to be born will be called holy—the Son of God. And behold, your relative Elizabeth in her old age has also conceived a son, and this is the sixth month with her who was called barren. For nothing will be impossible with God.” And Mary said, “Behold, I am the servant of the Lord; let it be to me according to your word.” And the angel departed from her. [emphasis added]

Sprankle describes himself as a “secularist” and regularly promotes Satanism, the philosophy which provokes believers with occult imagery but is primarily an atheistic, humanistic promotion of self-interest. In the past week, he shared a photo of an indoor pine tree topped with a Satanic star.

Satanic holiday decor shopping on Etsy is the reason for the season. pic.twitter.com/t4EPPIgKtN

Sprankle teaches psychology at Minnesota State, and his areas of interest include “understanding sex work stigma and barriers to sex worker’s rights,” as well as “conducting needs assessments for various sectors of the sex industry in Minneapolis,” according to the professor’s biography page on the university’s website.