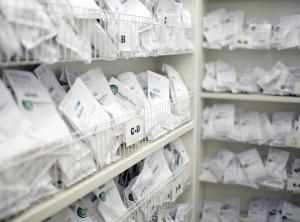 President Donald Trump correctly said during his State of the Union Speech on Tuesday night America experienced the largest decline in prescription drugs in 46 years.

During his State of the Union speech, President Trump promised to lower the cost of health care and prescription drugs.

Trump said during the speech:

The next major priority for me, and for all of us, should be to lower the cost of healthcare and prescription drugs — and to protect patients with pre-existing conditions. Already, as a result of my Administration’s efforts, in 2018 drug prices experienced their single largest decline in 46 years.

According to the Consumer Price Index (CPI), inflation increased by 2.2 percent over the past year, but prices for prescription drugs fell by 0.6 percent during the 12-months of 2018, which serves as the largest decline in 46 years.

Some news publications such as NBC News and the New York Times attempted to fact-check Trump’s claim by stating that some drugs have also increased during this period while ignoring that overall costs have fallen during the year of 2018.