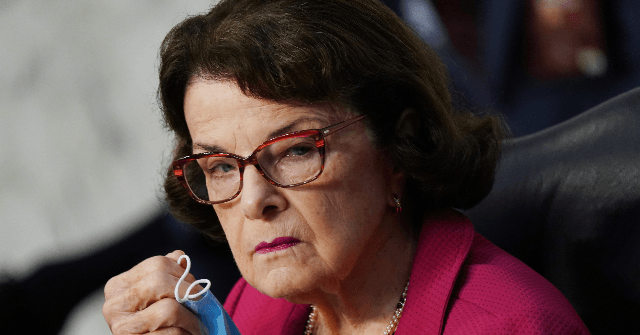 Verdict: Unlikely. Barrett has refused to offer her personal views on hot button political issues presented by Democrat members of the Senate Judiciary Committee and stated, unequivocally, that she is “not hostile to the ACA [Affordable Care Act].” Moreover, the case slated to come before the Supreme Court on November 10th does not directly concern pre-existing protections, but instead the individual mandate.

“In a 2015 interview, Judge Amy Coney Barrett said she disagrees with the Supreme Court’s second decision to uphold the ACA. Let’s be clear: if confirmed, she will vote to strip millions of Americans of their health care,” Feinstein said on Tuesday:

In a 2015 interview, Judge Amy Coney Barrett said she disagrees with the Supreme Court’s second decision to uphold the ACA. Let’s be clear: if confirmed, she will vote to strip millions of Americans of their health care.

Democrats have continued in their attempts to advance this line of attack, but as Breitbart News extensively detailed, there is no evidence that Barrett’s confirmation would result in millions losing their pre-existing protections.

In the case coming before the Supreme Court, Texas argues that since there is no longer a tax attached to the mandate, it is no longer supported by Congress’s authority to levy taxes. It’s now just an extra-constitutional command. That, however, is not all. Texas argues that since Congress did not provide a severance clause in the Affordable Care Act—a provision saying that if one part of the law is unconstitutional the rest can still stand—the entire thing should be struck down.

When the Democrats say that Judge Barrett is a threat to Obamacare, what they are really claiming is that she’d side with Texas on this question. While that’s not beyond the realm of possibility, the evidence indicates that it is not likely.

What seems more likely is that Judge Barrett will decide that the individual mandate is indeed unconstitutional, but that Congress’s decision to reduce the tax to zero while keeping the rest of the Obamacare edifice in place indicates that the broader law can stand even while the mandate falls. In other words, Obamacare can survive.

Other high profile Democrats, including Joe Biden (D), have made grandiose claims regarding Barrett’s purported position on Obamacare. The former vice president claimed that Barrett “said she wants to get rid of the Affordable Care Act.”

“That is false. Barrett has never stated an opinion on the law, and her judicial philosophy is that judges are not lawmakers,” Breitbart News reported:

What she has done is criticize Chief Justice John Roberts’s decision in NFIB v. Sebelius, in which he rewrote the statute to save it.

Chief Justice Roberts pushed the Affordable Care Act beyond its plausible meaning to save the statute. He construed the penalty imposed on those without health insurance as a tax, which permitted him to sustain the statute as a valid exercise of the taxing power; had he treated the payment as the statute did—as a penalty—he would have had to invalidate the statute as lying beyond Congress’s commerce power.

Barrett never said that the statute should be overturned; she criticized the method by which it was upheld. Biden’s claim is false.