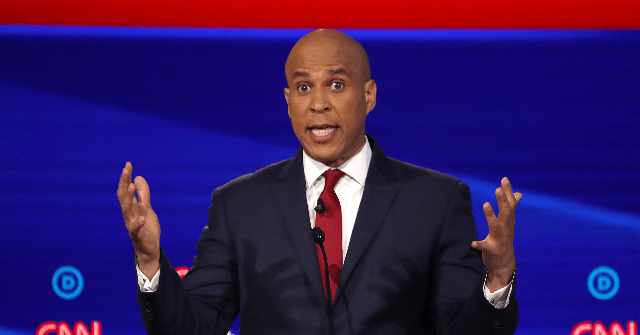 “I feel qualified to say this as the vegan on the stage,” Booker said. “It’s rich to me that we asked three people about their health when looking at this stage, we know that the most unhealthy person running for the presidency in 2020 is Donald Trump.”

In September, 76-year-old Biden was the target of health scares after his eye filled with blood as he spoke at the CNN town hall on climate change, apparently from a burst vessel.

“I want to thank the doctors, nurses, and staff at the Desert Springs Hospital Medical Center for the excellent care that they provided,” Sanders said in a statement after he was released from the hospital.

He added, “After two and a half days in the hospital, I feel great, and after taking a short time off, I look forward to getting back to work.”

“While the reports and recommendations are being finalized, I am happy to announce the President of the United States is in very good health and I anticipate he will remain so for the duration of his Presidency, and beyond,” Conley said in a memo sent to White House reporters.