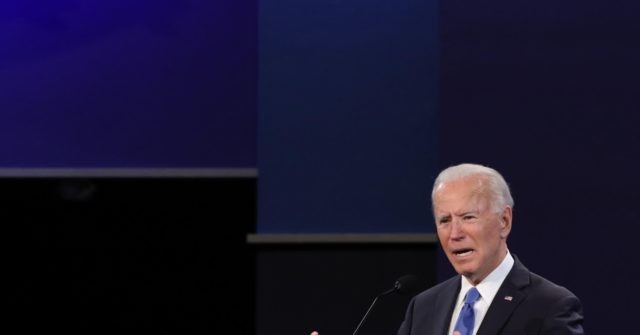 CLAIM: Joe Biden claimed at the debate: “We had a good relationship with Hitler before he invaded the rest of Europe.”

VERDICT: MOSTLY FALSE. Hitler’s rise led to a downturn in relations, though the U.S. stayed out of the war until 1941.

Trump countered that he inherited a volatile situation from the Obama-Biden administration, and that he averted war by developing a good relationship with Kim.

Biden replied: “We had a good relationship with Hitler before he invaded the rest of Europe.”

Not true. As the website of the U.S. embassy in Germany notes:

The rise of Hitler’s National Socialist Party and the resulting persecution of Jews and political dissidents brought about another break in German-American relations. However, an isolationist Congress and American public did not allow the administration of President Franklin D. Roosevelt to do much to resist Hitler’s rise to power. The Reciprocal Trade Agreements Act of 1934 was severed. After the “Reichskristallnacht” in 1938, the American ambassador was recalled but diplomatic relations were not severed.

There was no point at which the U.S. had a “good relationship” with Hitler, though there were individual Americans — like U.S. Ambassador to the United Kingdom Joe Kennedy — who admired Hitler and urged a policy of appeasement.