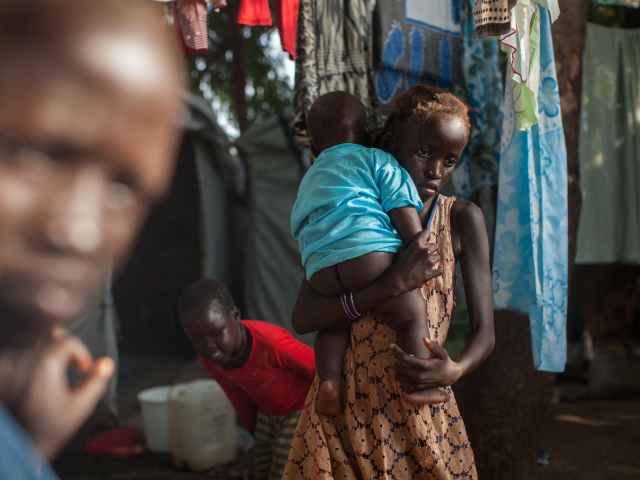 Facebook allowed a child bride to be sold to the highest bidder before the social network finally decided to take action against the post over two weeks later, according to charity organization Plan International, which called the Facebook auction “beyond belief.”

The 16-year-old was sold by her family in South Sudan through Facebook, who ended up reportedly receiving “500 cows, three cars, and $10,000.”

“The girl’s father reportedly received 500 cows, 3 cars and $10,000 in exchange for his daughter, who was married off to the winning bidder at a ceremony on 3 November in the country’s Eastern Lakes State,” claimed charity Plan International. “Five men participated in the auction, some of whom are reportedly high-ranking government officials.”

In a statement, Plan International’s South Sudan Country Director, George Otim, declared, “This barbaric use of technology is reminiscent of latter-day slave markets. That a girl could be sold for marriage on the world’s biggest social networking site in this day and age is beyond belief.”

“While it is common for dowries to be used in marriages in South Sudanese culture, nothing can excuse the way this girl – who is still a child – has been treated as nothing more than an object, sold off to the bidder prepared to offer the most money and goods,” Otim expressed. “Plan International is calling on the South Sudanese government to investigate this matter and suspend any officials who took part in the bidding. We would encourage any girls who find themselves in similar situations of forced and early marriages to report these to the police.”

Child marriage is a serious violation of human rights and a form of violence against girls. It can have profound consequences on a child’s survival, health, education, development and well-being and is often carried out against their will and best interests. Girls who marry are at a high risk of early childbearing, maternal mortality and are also often socially isolated – cut off from family and friends and other sources of support.

Article 15 of the Republic of South Sudan transitional constitution states that any person of marriageable age has the right to form a family, and Article 17 guarantees women and girls the right to consent to marriage. Article 17 also defines a child as anyone under the age of 18, and further states that the best interests of the child will be protected in all matters related to his or her life, and that they should not be subjected to exploitative practices or abuse. We as Plan International call for the full and effective enforcement of these laws.

According to Business Insider‘s Alexandra Ma, who reached out to Facebook over the incident, the social network did not take action against the post until over two weeks after it was published on the platform.

“Any form of human trafficking — whether posts, pages, ads or groups is not allowed on Facebook. We removed the post and permanently disabled the account belonging to the person who posted this to Facebook,” proclaimed a Facebook spokesman to Business Insider. “We’re always improving the methods we use to identify content that breaks our policies, including doubling our safety and security team to more than 30,000 and investing in technology.”