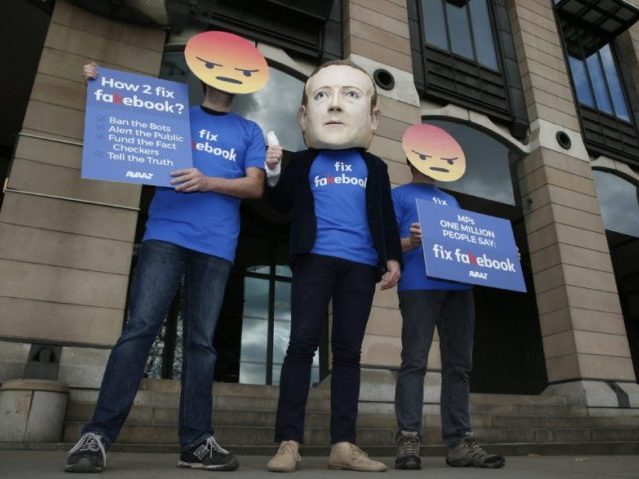 Following recent revelations that Facebook used an app to spy on teenage users for “market research” purposes, the social media giant has refused to apologize for the situation.

Mashable reports that Facebook shows no remorse for their latest scandal in which they were caught possibly spying on teenagers via an app for the purpose of “market research.” Facebook’s VP of Production, Engineering, and Security Pedro Canahuati, attempted to explain the app and Apple’s decision to remove it from their app store in a recent memo published by Business Insider.

Canahuati explained in his memo to employees that Apple had revoked Facbeook’s Enterprise Certificate which allowed the company to distribute apps internally outside of its App Store; Apple restored Facebook’s Enterprise Certificate on Thursday, but the company now has to rebuild  “a few dozen” apps that employees rely on. Later in the memo, Canahuat defended Facebook’s research methods and attacked the media for its portrayal of the app.

“This is a market research program that helps us understand consumer behavior and trends to build better mobile products,” Canahuati stated. “TechCrunch implied we hid the fact that this is by Facebook — we don’t. People participated in this program with full knowledge that Facebook was sponsoring this research, and were paid for it. They could opt-out at any time.”

Canahuati did, however, fail to mention that Facebook’s research app was strikingly similar to its Onavo VPN app launched last year which was found to be tracking users’ data and was also pulled from Apple’s app store. Regarding Apple’s revoking of Facebook’s Enterprise Certificate, Canahuati believes that this was simply just a misunderstanding and that the company’s relationship with Apple is “really important.”

“Apple’s view is that we violated their terms by sideloading this app,” Canahuati stated. “And they decide the rules for their platform. Our relationship with Apple is really important — many of us use Apple products at work every day, and we rely on iOS for many of our employee apps, so we wouldn’t put that relationship at any risk intentionally.”

Facebook COO Sheryl Sandberg also defended the app recently in an interview with CNBC stating: “The important thing is that the people involved in that research project knew they were involved and consented.”