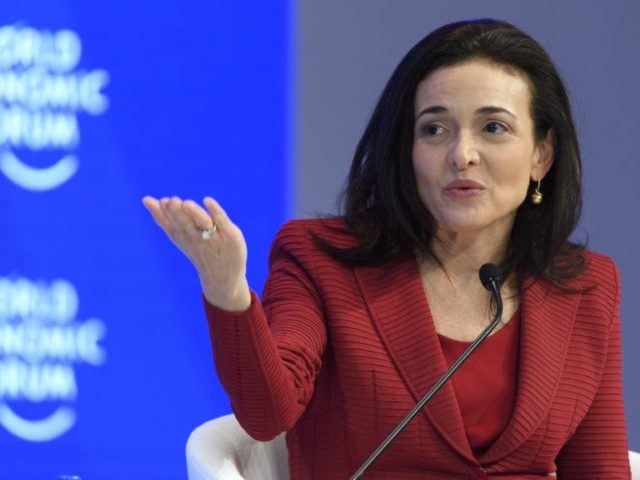 A recent article published by the New York Times titled “Delay, Deny and Deflect: How Facebook’s Leaders Fought Through Crisis,” provides insight into how Facebook has operated through numerous crises over the past few years. The report also alleges that Facebook hired a PR firm which published articles critical of Facebook’s competitors through an associated conservative news website. Facebook also reportedly hired a Republican opposition research firm to discredit activist protesters critical of Facebook’s data breaches. This was done partly by linking them to the left-wing financier George Soros.

Now, the company’s COO, Sheryl Sandberg, has commented on the report stating that it is “simply untrue.” In a Facebook post published on Thursday night, Sandberg stated that the “allegations saying I personally stood in the way are also just plain wrong.” The post continued to state:

“On a number of issues ― including spotting and understanding the Russian interference we saw in the 2016 election ― Mark [Zuckerberg] and I have said many times we were too slow,” she wrote. “But to suggest that we weren’t interested in knowing the truth, or we wanted to hide what we knew, or that we tried to prevent investigations, is simply untrue.”

The article in the NYT claimed that Facebook hired a Republican opposition research group called Definers Public Affairs to target protesters angered by Facebook’s multiple user data breaches “Facebook employed a Republican opposition-research firm to discredit activist protesters, in part by linking them to the liberal financier George Soros. It also tapped its business relationships, lobbying a Jewish civil rights group to cast some criticism of the company as anti-Semitic,” the article stated.

Sandberg addressed this saying: “At the time, they were trying to show that some of the activity against us that appeared to be grassroots also had major organizations behind them,” she wrote. “I did not know we hired them or about the work they were doing, but I should have. I have great respect for George Soros ― and the anti-Semitic conspiracy theories against him are abhorrent.”

Facebook published a response addressing allegations that they worked with Definers which stated: “The New York Times is wrong to suggest that we ever asked Definers to pay for or write articles on Facebook’s behalf ― or to spread misinformation,” Facebook wrote. “Definers did encourage members of the press to look into the funding of ‘Freedom from Facebook,’ an anti-Facebook organization. The intention was to demonstrate that it was not simply a spontaneous grassroots campaign, as it claimed, but supported by a well-known critic of our company. To suggest that this was an anti-Semitic attack is reprehensible and untrue.”

Facebook CEO Mark Zuckerberg also discussed the NYT report at a press conference, eerily echoing Sandberg’s statement: “I’ve said many times before that we were too slow to spot Russian interference and we certainly stumbled along the way, but to suggest we weren’t interested in knowing the truth or wanted to hide what we knew or wanted to prevent investigations is simply untrue.”