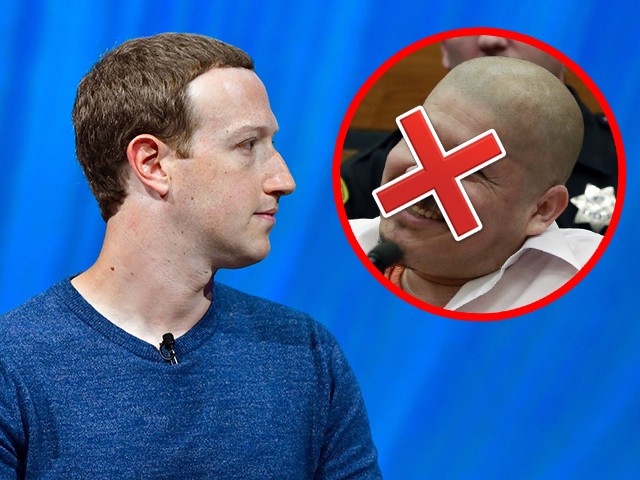 Facebook has refused ad purchases from President Donald Trump’s reelection campaign, which is seeking to encourage voter support for Republicans in competitive races before Tuesday’s midterm elections. The social media giant pulled the ads Monday following pressure from CNN, the Daily Beast, and other left-wing journalists.

Facebook announced that the Trump immigration ad “cannot receive paid distribution” on the platform after the company determined that it violates the platform’s rules against “sensational content.” Facebook did not specify exactly how the Trump ad violates the policy, but did say the video can still be posted by users. This decision follows a campaign to have the ads removed by left-wing journalists.

This ad violates Facebook’s advertising policy against sensational content so we are rejecting it. While the video is allowed to be posted on Facebook, it cannot receive paid distribution.

This ad violates Facebook’s polices against sensational content. Ads must not contain shocking, sensational, disrespectful or excessively violent content. This includes dehumanizing or denigrating entire groups of people and using frightening and exaggerated rumors of danger.

President Trump’s 2020 Campaign Manager, Brad Parscale, was quick to fire back at the platform. Parscale said that Facebook has “chosen to stand with those ILLEGALLY IN THIS COUNTRY. Instead of standing with LEGAL IMMIGRANTS and those that follow our laws.” He also referred to Mark Zuckerberg’s company as part of the “Palo Alto Mafia,” a term he has previously used to refer to Silicon Valley companies censoring conservatives.

Watch the ad below, as shared by Parscale.

Our new ad starts tonight. Take a look at this ad running nationally for a 1.5MM dollar buy. BUT, @CNN will not let us buy on their network. Do they not want to show REAL news? @donlemon pic.twitter.com/QyeiMDQG1R

Last week, Trump shared a longer version of the ad on Twitter.

Facebook also said the ad violates its policy against “sensational content” in advertisements, which prohibits “shocking, sensational, disrespectful or excessively violent content, [including] dehumanizing or denigrating entire groups of people and using frightening and exaggerated rumors of danger.”

The Daily Beast implicitly lobbied Facebook to censor the ad, an effort echoed by CNN’s Donnie O’Sullivan and Oliver Darcy.

The Trump ad that CNN said it wouldn’t air because it was racist, and that NBC pulled this morning, is still running on Facebook right now. https://t.co/IjQbY5DldKpic.twitter.com/hcuIRSiyiq