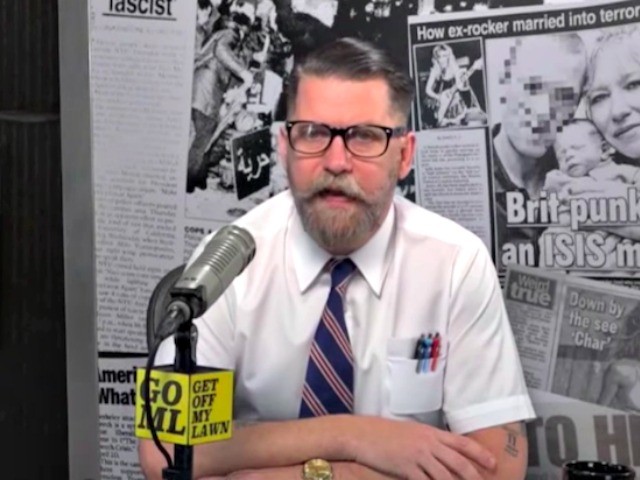 Business Insider’s Rob Price notes that many Proud Boys pages and groups — one featuring 20,000 members — have since been deleted:

The purge affects accounts, groups, and other pages, across both Facebook and Instagram. It still seems to be in progress — some pages are down, but other remain up for now, e.g.: https://t.co/7gj0R1P8S9 pic.twitter.com/OKQ6rvLQlb

Price also notes that this could cause issues for the Proud Boys, who regularly use Facebook to recruit new members:

The ban could have a big impact on how The Proud Boys organise and operate: As @tayhatmaker previously reported, “Facebook is the recruiting tool of choice for far-right group the Proud Boys.” https://t.co/iVKvEZysT3 pic.twitter.com/Uqn6rM3VhV

A Twitter spokewoman said that the accounts had been banned for violating Twitter’s policies on “violent extremist groups.” Yet both the Proud Boys and McInnes advocate mainstream conservative and libertarian positions.

The left-leaning magazine Variety drew a link between the bans and the upcoming Unite The Right 2 rally in Washington D.C., organized by alt-right activists. Yet both McInnes and the Proud Boys have disavowed the alt-right.

The ban came despite Twitter CEO Jack Dorsey’s recent assurance, made on Sean Hannity’s radio show, that he hoped to deal with terms of service violations “with warnings, with notices, with a temporary lock of the account” ahead of permanent bans.

Earlier this month, the Proud Boys were involved in altercations with members of Antifa throughout New York. Breitbart News reporter Penny Starr wrote: “New York City Police have released a surveillance video just days after the Metropolitan Republican Club was vandalized and an Antifa-instigated brawl took place over the impending appearance of CRTV host and Proud Boys founder Gavin McInnes.”

Police also announced they are searching for a dozen people involved in the ruckus, according to NY1.com:

Police officials said nine of the people they were searching for are members of the Proud Boys, and three are from Antifa, a far-left anti-fascist group.

According to the police department, three Antifa members were arrested for a separate incident on 84th Street, where a Proud Boys member’s backpack was stolen.

The NYPD is asking anyone with information on the fights to come forward and said it was investigating if the attacks were hate crimes.

A video of a fight between members of both groups can be seen below:

The #NYPD is looking for 12 people after this fight broke out Friday on the #UpperEastSide. It happened after a private Republican club hosted a speaker from a far-right group. https://t.co/99mhDF8AxF pic.twitter.com/pJ5NKOsF68