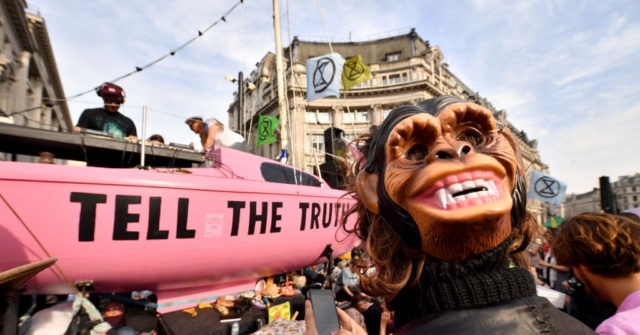 The climate change activist group Extinction Rebellion is planning a series of protests using drones to shut down Heathrow Airport for 10 days in July, unless plans to expand the airport are scrapped.

The group has threatened to hold a one-day demonstration on the 18th of June, with ten days of disruption planned from July 1st if their demands are not met. This threatens hundreds of thousands of passengers’ journeys, most going on their summer holidays, and it is expected it would cost millions of pounds in policing.

The kind of disruption that reports of drones in the sky over an airport can cause was seen last year, when a series of alleged drone sightings shut down Gatwick airport for several days, disrupting the flights of 140,000 passengers and costing half a million pounds in police overtime.

The Extinction Rebellion protest would likely see these problems magnified given the size and status of Heathrow — the busiest airport in Europe — and the time of year, i.e. when most families are travelling on holiday.

A Heathrow spokesman said: “This is reckless action that if carried out could endanger the lives of the travelling public and our colleagues.

“We agree with the need to act on climate change, but that requires us to work together constructively — not commit serious criminal offences just as hard-working people prepare to spend a well-earned holiday with their family and friends.”

Aviation minister Baroness Vere warned that any illegal activity “must be met with the full force of the law”.

“Flying drones near an airport is a serious criminal offence and using drones to deliberately put people’s safety at risk carries a maximum life sentence,” she added.

Last month, the Extinction Rebellion group carried out a 10-day series of protests in and around London including lying down in the middle of busy roads to disrupt traffic and glueing themselves to the walls of banks and the London Stock Exchange.

During the demonstrations, estimated to have cost around £7.5 million in police resources — accounting for half of the total additional funding given to the police by London mayor Sadiq Khan — 1,100 people were arrested.