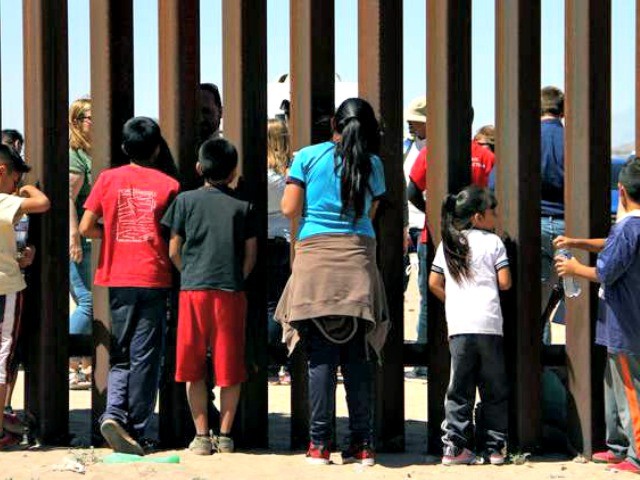 A Republican-Democrat spending bill being offered to President Trump will spark the “largest surge” of young border crossers that “the country has ever seen,” immigration experts warn.

Pro-American immigration reformers and experts across the board are denouncing the spending package as a scheme to increase the illegal alien population, to provide a de facto amnesty to illegal aliens already living in the United States, and to expand the Catch and Release of border crossers.

Federation for American Immigration Reform President Dan Stein specifically called out the de facto amnesty included in the spending deal that would provide all illegal aliens with close relations to newly resettled UACs be shielded from deportation.

“In simple English, every new unaccompanied minor who arrives at our border will trigger an amnesty for multiple adult illegal aliens who are already in the country,” Stein said of the provision. “The illegal aliens who will be eligible for protection from removal include not just actual sponsors, but those who might be potential sponsors and every member of their households.”

“If this bill is enacted, expect the largest surge of unaccompanied minors this country has ever seen,” Stein said, urging Trump to veto the deal.

Americans for Legal Immigration (ALIPAC) sent out alerts to its activist members asking them to call the White House and demand the president veto the spending deal, instead supporting a Continuing Resolution that would keep funding levels at the same rate.

“It is outrageous and completely unacceptable for any member of Congress to vote on, or for the President to sign, any bill crafted in secret and unread by most lawmakers and laymen alike,” ALIPAC President William Gheen said in a statement.

Officials with NumbersUSA, which fights on behalf of American workers in the immigration debate, said Trump was not given the full text of the spending deal that included the UAC de facto amnesty provision or the language that allows Homeland Security officials to double the number of H-2B foreign workers imported to the country every year to take U.S. blue collar jobs.

.@POTUS The legislative text sent to Pres. Trump and he agreed to sign did not have the language rewarding child trafficking, granting immunity to large % of illegal aliens, and increasing H-2Bs. That was added on later and then rammed through the Senate. Bait and Switch!

The organization wrote in a release:

NumbersUSA cannot remain silent in the face of a bill that condones and encourages the smuggling and trafficking of children. Section 224 is exactly the kind of “loophole” that led to the humanitarian crisis on our southern border, and, if enacted, it will be an incentive for more people to put their children in harm’s way.

This bill shows contempt for the most vulnerable American workers by authorizing DHS to nearly double the available H-2B visas for the remainder of FY 2019. Wages in most H-2B industries have only barely begun to increase in our booming economy. Americans working in these jobs deserve to see their wages rise. Moreover, there are still more than 50 million working-age Americans who are outside the labor force and need to be brought in. Employers should recruit them, rather than importing cheap foreign labor.

Experts with the Center for Immigration Studies (CIS) similarly have declared the spending deal a package of “immigration landmines” that comes with two “poison pills” in the form of giving local elected officials authority over whether or not a border wall can be constructed in their locality and the de facto amnesty for relatives, sponsors, and household members of UACs.

“The responsible thing to do now would be to pass a continuing resolution (extend spending at current levels) for a week or so, to avoid another partial government shutdown but give lawmakers time to actually go over the thing carefully and pull out the poison pills,” CIS Director Mark Krikorian wrote.

Trump aides have suggested that the president will sign the spending deal and the White House is reportedly planning to also declare a national emergency at the U.S.-Mexico border.