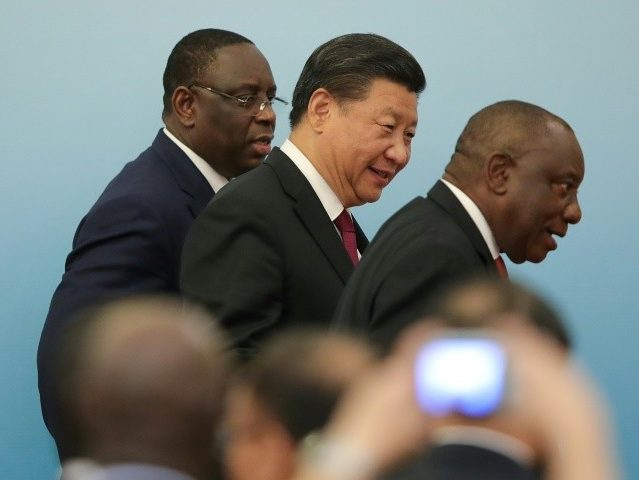 WASHINGTON, DC — China is using its economic clout in Africa to promote a “new international order” and encourage countries to adopt its communist ideology, experts told lawmakers on Wednesday.

While testifying before the Senate Armed Services Subcommittee on Emerging Threats and Capabilities, Judd Devermont, the director of the Africa program at the Center for Strategic and International Studies (CSIS) think-tank, acknowledged that not all Chinese activities in Africa are anti-ethical to U.S. goals, noting that “some are neutral or complementary to U.S. objectives and may actually benefit American interests.”

Nevertheless, some of the witnesses noted that communist China is actively pursuing a new Beijing-led order on the continent.

Yun Sun, Co-Director, the director of the East Asia and China program at the Stimson Center think-tank, told lawmakers via written testimony:

Through its economic engagement, China is pursuing a targeted list of political, ideological and strategic goals in Africa. As China’s global ambition grows under President Xi Jinping, Africa is increasingly tied into the Chinese orbit that advocates for a new international order and a community of common destiny. … China’s economic statecraft in Africa has become one of the most prioritized and effective instruments in China’s challenge to the current international order.

Beijing is also promoting its communist political and economic system as a solution to Africa’s ills.

“In recent years, China has begun to actively promote other developing countries to adopt such [communist] political and economic policies. China uses its own development model, which combines political authoritarianism and economic capitalism, to prove to some African countries that economic development and political stability could exist without a democratic system,” Sun testified.

Beijing’s activities create an influence towards, and facilitation of, illiberal governance in Africa. This undermines the U.S.’s decades-long attempts to encourage the global growth of democracy. Chinese officials criticize democracy to African counterparts, claiming that the West’s advocacy of it is a Trojan horse to enable meddling in African affairs. Chinese officials have also blamed multi-party democracy for bringing chaos and poverty to Africa, and cheer what they see as the continent’s increasing rejection of Western-style democracy.

The Trump administration has accused China of encouraging dependency among African countries by using predatory lending practices “to mire nations in debt and undercut their sovereignty.”

However, Devermont told lawmakers that “the debt trap narrative is overdone and glosses over the facts.”

“It is my view that Chinese investments and loans are not necessarily contrary to U.S. interests. When executed in a transparent and responsible manner, Chinese infrastructure projects address a critical deficiency and persistent drag on African economies,” he argued.

The CSIS expert stressed that no all Chinese engagements in Africa harm U.S. objectives on the continent.

However, he added, “it is important to draw a finer distinction between which Chinese activities threaten U.S. national security priorities and which Chinese engagements are neutral or complimentary to U.S. objectives.”

China established its first overseas military base in Djibouti. In March, Gen. Thomas Waldhauser, the top U.S. commander in most of Africa, told lawmakers he expects Beijing will build more military bases in Africa.

China has emerged as the chief U.S. competitor in Africa, the experts testified.