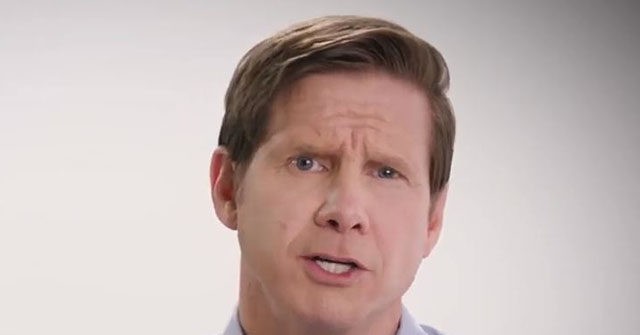 Virginia Republican Pete Snyder is launching an ad campaign Thursday targeting illegal immigration, making him the first candidate of the Republican frontrunners in the state’s gubernatorial race to campaign on the issue.

Snyder, a businessman seeking to replace outgoing Democrat Gov. Ralph Northam, has centered his campaign on reopening Virginia schools, many of which have been conducting their teaching either fully or partially virtually for close to a year. Snyder’s new immigration message incorporates this same sentiment as he bashes Democrats for “open borders” and “closed schools” policies.

“The left wants open borders, but closed schools. It is going to take real leadership to put a stop to illegal immigration and make our streets safe again,” Snyder said in a statement. “Illegal immigration is costing taxpayers billions of dollars and putting their safety at risk— that ends with me as Virginia’s governor.”

In the 15-second ad’s transcript, which Snyder narrates, he says, “Illegal immigration costs taxpayers billions, and it brings crime and gangs into our communities. Northam and McAuliffe won’t take violent illegals off our streets, but I will. When I’m governor, I’ll enforce the law and deport violent criminals.”

Former Democrat Gov. Terry McAuliffe, a Clinton ally and former chair of the Democratic National Committee, announced his bid for his old job in December.

Polling has identified Republican frontrunners, in addition to Snyder, who are vying to face McAuliffe — assuming he is the Democrat nominee — as former state Sen. Amanda Chase, former Carlyle Group CEO Glenn Youngkin, and former Virginia Speaker of the House Kirk Cox. A convention in May will determine the GOP nominee.

Snyder’s campaign in conjunction with the ad launch provided details about his immigration policy:

Fairfax, a wealthy northern Virginia suburb, is the largest county in the state by population. An investigation found the county failed to turn over more than 900 criminal illegal aliens to Immigration and Customs Enforcement (ICE) over a two-year period, as Breitbart News reported in September.

A Pew Research study found that in 2016 Virginia ranked in the top 11 states with the most “unauthorized immigrants,” tied with Arizona and Maryland at 275,000, or more than three percent of its overall population.