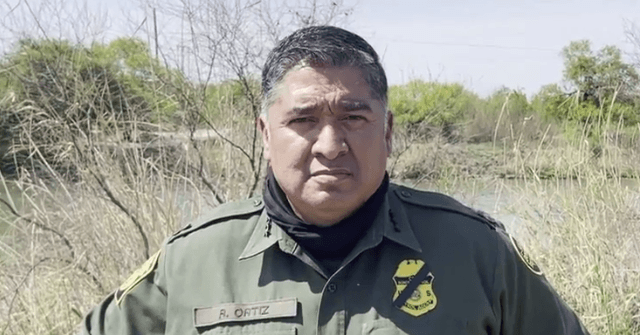 According to Ortiz, more than 12,000 Border Patrol employees have been impacted by COVID-19 and approximately 100 to 150 employees are in quarantine due to exposure or illness on any given day. He worries about the threat to the migrant population who may be asymptomatic carriers of the virus.

Ortiz describes this surge as different to others based on apprehension demographics. The volume is greater than in years past, according to Ortiz. Whereas other surges were a combination of family units, single adults, and unaccompanied children, this surge is a mostly family units and unaccompanied minors with the latter coming in larger numbers.

Ortiz suggests that transfers of unaccompanied children to Health and Human Services be sped up to reduce overcrowding at border facilities. According to Ortiz, the Border Patrol is holding more than 9,000 migrants in facilities designed for the temporary detention of adults.

In addition to health impacts for migrants and Border Patrol, Ortiz expressed concern for migrants who may illegally enter the United States during the upcoming summer months. Recently, a nine-year-old Guatemalan child drowned in the Rio Grande near Eagle Pass despite attempts to revive her. Speaking just a short distance from the tragic scene, Ortiz says the upcoming hurricane season and hotter weather may complicate an already dangerous situation.

Another concern for Ortiz is the impact on national security the surge is having on his workforce. He worries about cartels exploiting the vulnerabilities caused by Border Patrol agents being diverted to non-traditional duties. He describes the tactic of drug traffickers pushing large groups of migrants across to distract agents from narcotics interdiction duties.