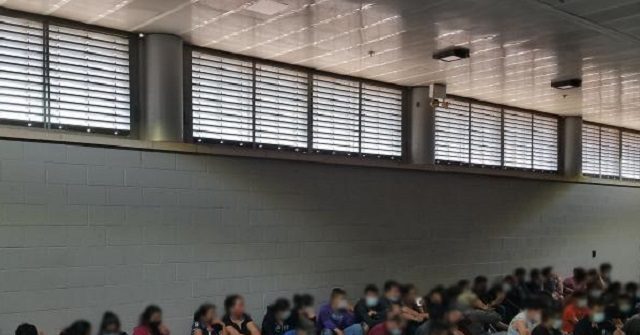 In yet another puzzling immigration policy decision, the Biden administration just announced that it plans to place illegal aliens caught at the U.S.-Mexico border under house arrest in two major U.S. cities. Their goal? To free up space at immigration detention facilities and save money.

To kick off the “Home Curfew” initiative, immigration authorities will immediately place 100-200 illegal aliens under house arrest in Houston and Baltimore with the goal of enrolling another 400,000 this year. Enrollees will generally be required to remain at home from 8 p.m. until 8 a.m., with the exception for those with work authorization or extraordinary circumstances.

U.S. Immigration and Customs Enforcement (ICE) simply does not have the bandwidth to ensure that illegal aliens are complying with the program. It only has about 6,000 agents—many of whom are already assigned to different missions and responsibilities. Having every one of those agents (the best-case scenario) monitoring the whereabouts of potentially 400,000 illegal aliens is not only impossible, but downright dangerous.

Moreover, even if ICE agents had the ability to effectively monitor program participants, they wouldn’t be able to arrest and remove those who are not in compliance with the program. Through countless departmental edicts, the Biden administration has eviscerated the nation’s interior immigration apparatus. ICE agents are severely restricted from arresting those who are unlawfully present and it is precisely why the agency’s arrests and deportation totals fell to historic lows this past fiscal year.

A Congressional Research Service report highlighted this fact, stating that “because immigration judges must prioritize detained cases, ATD enrollees must often wait several years before their cases are heard, during which time they may abscond.” The report also noted that they could fall out of contact with ICE if they move and “fail to provide updated contact information.” This is surely a widespread problem and something illegal aliens have taken advantage of for years.

Under most ATD programs, enrollees are required to wear electronic ankle bracelets in order to show compliance. But the ankle monitors are not much of a deterrent and are often cut off, according to experts familiar with the devices.

Most importantly, ATD programs do not address why illegal aliens are arriving at the southern border in record numbers in the first place— which is leading to the maxed-out detention space.

Illegal aliens know it is easier than ever to enter the country unlawfully. The Biden administration’s “catch and release” policies have freed hundreds of thousands of illegal aliens into the interior of the country. Not only that, they suspended border security initiatives, like the construction of the southern border wall and the Asylum Cooperation Agreements (ACAs) with the Northern Triangle countries. And if an individual sneaks across the southern border or overstays their visa, they have virtually no chance of being removed due to memorandums issued by Homeland Security Secretary Alejandro Mayorkas.

The Biden administration could expand detention space at the southern border through an executive order. It could pressure Congress to reform laws and overturn legal settlements that make it more difficult to detain those who enter unlawfully. While detention may be more expensive than ATD programs (an argument often brought by anti-borders and anti-detention advocates), its effectiveness outweighs this concern, and also serves as a deterrent to illegal immigration. Detention facilities significantly reduce the chances of someone thumbing their nose at our laws, decrease public safety and health risks, and free up the hands of limited interior immigration enforcement officers much more than any ATD program currently available.

The Biden administration’s house arrest pilot program raises serious concerns, as do other ATD programs. These programs result in unnecessary enforcement complications, and do not address the root causes of detention overflows, which are permissive immigration policies that been put in place over the last year. Rather than focus on ineffective alternatives to detention, the Biden administration should put in place policies that deter millions of people from coming to the United States illegally in the first place. The American people are waiting.

Matthew Tragesser is communications manager at the Federation for American Immigration Reform (FAIR) in Washington D.C.