A verified and convicted terrorist who attacked a U.S. Consulate with a grenade and automatic rifle fire has taken over the ruthless Los Zetas cartel, a group headquartered at the Texas border in the Nuevo Laredo-Laredo metropolitan border area. Nuevo Laredo, Tamaulipas, sits immediately across the border from Laredo, Texas, and is the only urban location along the entire U.S.-Mexico Border that does not have any fencing or constructed security barrier of any kind. The convicted terrorist, Hector Raul Luna Luna, is known as “El Tory” and was convicted in the 2008 terror attack on the U.S. Consulate in Monterrey, Mexico. He was released from prison due to bribes paid by Cartel Jalisco New Generation (CJNG) and has now taken over the dominant faction of Los Zetas, Cartel Del Noreste (CDN), to open up the lucrative and unsecured border corridor into Texas.

Under El Tory’s new reign, Los Zetas is linked to a level of brutality that had not been seen in prior years. Gruesome executions, dismemberments, targeted attacks on police and military officials, and the general use of intimidation have become commonplace in parts of northern Mexico as El Tory and Los Zetas try to expand their operations.

In late 2018, Nuevo Leon Governor Jaime Rodriguez Calderon publicly singled-out El Tory as one of the men behind the escalation of violence in his state. According to the governor, El Tory and his criminal organization were linked to the large majority of the violent deaths in the state.

Most recently, Breitbart News reported exclusively on a series of threats made by El Tory, who claimed he would blow up the headquarters of a state police agency in Nuevo Leon. The threats were made through several narco-banners that Los Zetas hung throughout the industrial city of Monterrey. The threats are considered credible by law enforcement in Mexico, since El Tory has a history of targeting police and has used grenades in the past. 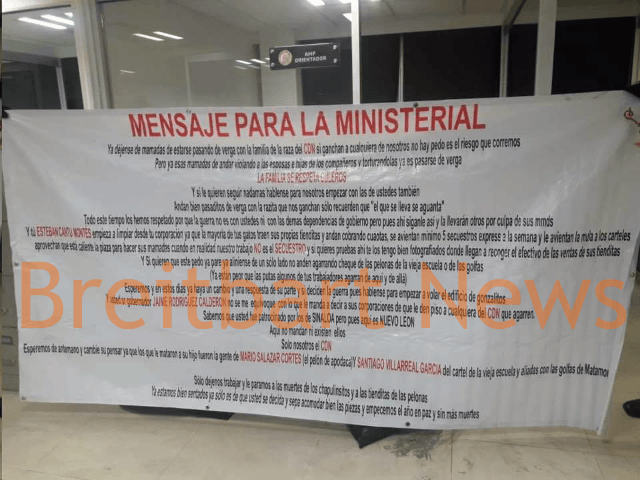 El Tory was released from a Mexican federal prison in mid 2017 with the help of his close friend and ally Eleazar “El Chelelo” Medina Rojas and his new ties with CJNG, so the two could help establish a Los Zetas-CJNG corridor from Monterrey to Nuevo Laredo and into Texas. Their release came at the hands of a federal judge and a “control” judge who ruled in each of the two cases to release the two cartel bosses. El Tory was serving a sentence of more than 20 years for the charges of crimes against public health (drug trafficking), engaging in organized criminal activities, and unlawful possession of restricted military weapons. Both El Tory and Chelelo have extensive criminal histories and are wanted by U.S. authorities. 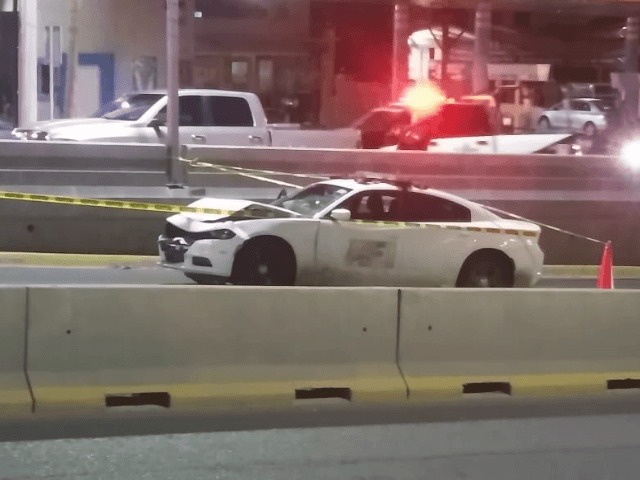 Soon after their release, the two cartel bosses began to leave a trail of bodies behind them as they tried to solidify their positions within the CDN faction of Los Zetas and against the other cartels. Breitbart News reported on the arrest of El Chelelo in the southern state of Yucatan in December 2018. Soon after his arrest, a local state judge tried to release El Chelelo but federal authorities were able to re-arrest him for extradition purposes. Even without El Chelelo, El Tory continued to wage a fierce war against a rival faction of Los Zetas called “Old School Z” and has killed hundreds of their members in the border states of Nuevo Leon and Tamaulipas.

Mexican law enforcement sources revealed to Breitbart News that El Tory is the mastermind behind the gruesome murder of the leader of the Old School Z faction Luis “El Rex or Z12” Reyes Enriquez. El Rex died inside a state prison in Nuevo Laredo after being shanked numerous times by CDN inmates. El Tory’s men then stole El Rex’s body from a funeral home and placed his severed head in one ice chest while the rest of the body was divided into three other containers. Los Zetas then placed one ice chest outside a state prison in Tamaulipas and the three others near prisons around Monterrey.

El Tory’s men have also been singled out as the ones who left severed body parts outside a newspaper office in Tamaulipas with a series of threats against local outlets.

In 2008, the man known as El Tory led and participated in a grenade attack against the U.S. Consulate General in Monterrey. El Tory and his men fired several weapons at the U.S. building and threw an explosive device. While the grenade did not explode, the gunfire broke several windows and caused other damage to the building. No injuries were reported. In 2008, Los Zetas were one of the most dominant cartels in all of Mexico and managed to make a name for themselves as one of the most brutal and sadistic organizations.

The Mexican military caught up with El Tory in 2010, however, Los Zetas responded by setting up blockades and threatened local police into staying out of the way while they tried to unsuccessfully prevent the capture of their leader. The troops arrested El Tory and some of his top men who carried machine guns, a 50-caliber rifle, and grenades. The arrest led to the sentence of more than 20 years–only to be cut short by a Mexican federal judge.