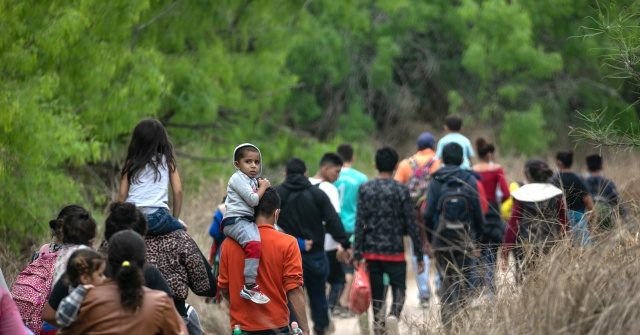 Sen. Tom Cotton (R-AR) told Breitbart News on Friday that migrants he spoke with at the southern border acknowledged they did not have legitimate asylum claims but were seeking economic benefits in America relative to their countries of origin.

Cotton said migrants he talked to admitted their reasons for seeking entry to America were not rooted in legitimate fears of persecution, Cotton shared.

“I talked to so many of these migrants,” Cotton said on SiriusXM’s Breitbart News Daily in an interview with Alex Marlow, author of Breaking the News: Exposing the Establishment Media’s Hidden Deals and Secret Corruption. “On the side, [these migrants] did the dog and pony show with a bunch of other senators. I grabbed a Border Patrol officer who spoke Spanish. We went [and] talked to some of [the migrants] sitting on the benches waiting to be processed.”

Cotton continued, “I said, ‘Where are you from? How long did it take you to get here? Why did you come?’, and to a person, they said, ‘I came to get a job,’ or, ‘I came to get together with my husband or my wife or my boyfriend or girlfriend who’s here and has a job.’”

The Biden’s administration’s public statements and policies towards the border and immigration are incentivizing the flow of illegal immigration across the southern border, Cotton remarked.

“[The Biden administration’s] rhetoric and their policies have induced thousands and thousands of migrants to flood our borders to the point where we’re now simply releasing them into the country without so much as a notice to appear in court, asking them politely to go to their final destination and then show up and report themselves to the immigration authorities,” he stated.

“There’s nothing moral and there ‘s nothing virtuous about Joe Biden’s rhetoric and policies that have induced these young women and these young children to make a very dangerous journey across almost 2,000 miles of Mexico to get our border on the hope that they will be admitted into our country and given legal status permanently,” he said.

“That’s simply not the case,” Cotton added. “Now, [migrants] may get in the country and they may never go home, and that’s part of the problem, but the idea that they were going to get asylum is simply false. Almost all these asylum claims are bogus. The message should have been, ‘Stay in your country. Do not come to ours. If you come, you will not get in, and we will send you home.’ It’s exactly what it was under the Trump administration, and the policies matched it.”

“During the pandemic, President Trump instituted an order that refused to allow anyone to enter the country,” Cotton said. “A simple common sense health and safety measure. We also said you had to apply for asylum in the first safe country through which you entered. Usually it’s going to be Guatemala. And finally, if you apply for Guatemala and you didn’t get asylum there and you came to our borders, you could apply for asylum [in America] but you had to remain in Mexico. Those three policies alone essentially closed our border to these bogus asylum claims.”

Many Border Patrol officers now operate as de facto babysitters and social workers for migrant children as a function of the Biden administration’s directives, Cotton determined.

“Let our Border Patrol focus on what they signed up to do,” Cotton advised. “These great men and women who signed up as law enforcement officers to protect our border from gangs and from drugs, and instead, they are being compelled to serve as babysitters and social workers, right now.”